Gavin Maxwell FRSL, FIAL, FZS (Sc.), FRGS (15 July 19147 September 1969) was a Scottish naturalist and author, best known for his non-fiction writing and his work with otters. He wrote the book ''Ring of Bright Water'' (1960) about how he brought an otter back from Iraq and raised it in Scotland. The otter was of a previously unknown sub-species which was subsequently named after Maxwell. ''Ring of Bright Water'' sold more than a million copies and was made into a film starring Bill Travers and Virginia McKenna in 1969. The title ''Ring of Bright Water'' was taken from the poem "The Marriage of Psyche" by Kathleen Raine, who said in her autobiography that Maxwell had been the love of her life, although he was actually a homosexual. Provided by Wikipedia
1 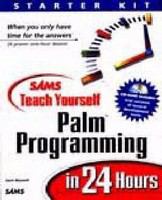