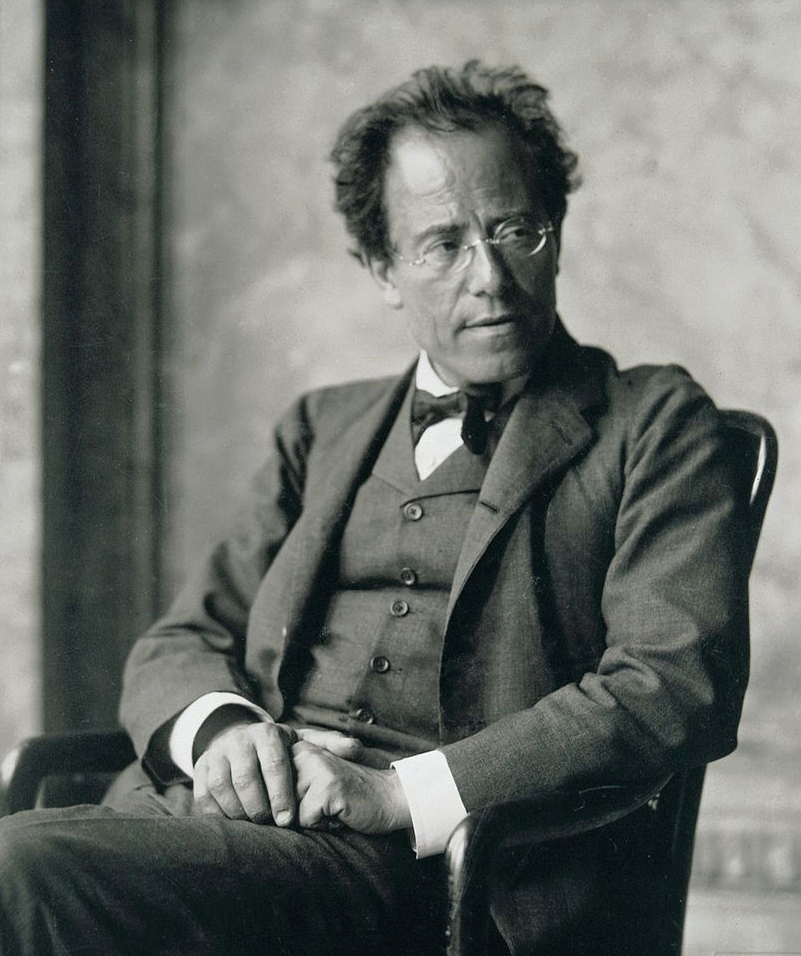 Gustav Mahler (; 7 July 1860 – 18 May 1911) was an Austro-Bohemian Romantic composer, and one of the leading conductors of his generation. As a composer he acted as a bridge between the 19th-century Austro-German tradition and the modernism of the early 20th century. While in his lifetime his status as a conductor was established beyond question, his own music gained wide popularity only after periods of relative neglect, which included a ban on its performance in much of Europe during the Nazi era. After 1945 his compositions were rediscovered by a new generation of listeners; Mahler then became one of the most frequently performed and recorded of all composers, a position he has sustained into the 21st century.

Born in Bohemia (then part of the Austrian Empire) to Jewish parents of humble origins, the German-speaking Mahler displayed his musical gifts at an early age. After graduating from the Vienna Conservatory in 1878, he held a succession of conducting posts of rising importance in the opera houses of Europe, culminating in his appointment in 1897 as director of the Vienna Court Opera (Hofoper). During his ten years in Vienna, Mahler—who had converted to Catholicism to secure the post—experienced regular opposition and hostility from the anti-Semitic press. Nevertheless, his innovative productions and insistence on the highest performance standards ensured his reputation as one of the greatest of opera conductors, particularly as an interpreter of the stage works of Wagner, Mozart, and Tchaikovsky. Late in his life he was briefly director of New York's Metropolitan Opera and the New York Philharmonic.

Mahler's ''œuvre'' is relatively limited; for much of his life composing was necessarily a part-time activity while he earned his living as a conductor. Aside from early works such as a movement from a piano quartet composed when he was a student in Vienna, Mahler's works are generally designed for large orchestral forces, symphonic choruses and operatic soloists. These works were frequently controversial when first performed, and several were slow to receive critical and popular approval; exceptions included his Second Symphony, and the triumphant premiere of his Eighth Symphony in 1910. Some of Mahler's immediate musical successors included the composers of the Second Viennese School, notably Arnold Schoenberg, Alban Berg and Anton Webern. Dmitri Shostakovich and Benjamin Britten are among later 20th-century composers who admired and were influenced by Mahler. The International Gustav Mahler Institute was established in 1955 to honour the composer's life and achievements. Provided by Wikipedia