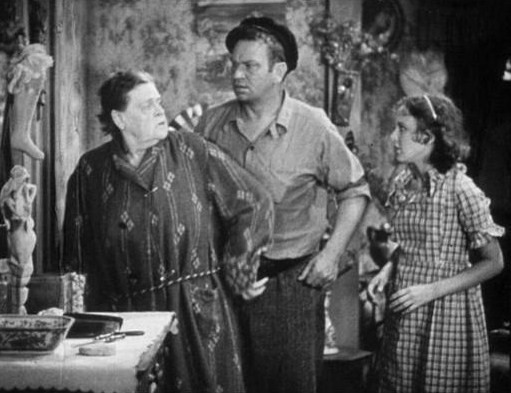 Metro-Goldwyn-Mayer Studios Inc. (also known as Metro-Goldwyn-Mayer Pictures, initialized as MGM; often referred to as Metro; common metonym: the Lion or Leo) is an American media company, involved primarily in the production and distribution of feature films and television programs. One of the world's oldest film studios, MGM's corporate headquarters are located in Beverly Hills, California.

MGM was formed on April 17, 1924 when the entertainment entrepreneur Marcus Loew gained control of Metro Pictures, Goldwyn Pictures, and Louis B. Mayer Pictures. The new company grew and became one of the "big five" film studios of Hollywood. The studio built a stable of stars under contract, its motto was "more stars than there are in heaven". It was the studio that produced numerous big musicals and won many Oscars. The company was a complete production house, from studios and backlots to full technical facilities.

Its most prosperous era was from 1926 until 1959, bracketed by two productions of ''Ben Hur''. The year of 1959 also saw the beginning of the breakup of the company, with the divestiture of the Loews movie chain. Long-term contracts became a thing of the past. Film costs became more unpredictable and making films became more of a gamble. Built initially to produce twenty films or more per year to fill its movie houses, the studio became unsustainable at a reduced output in the 1960s, although it had diversified into television production and rentals of much of its facilities.

By the late 1960s, the company's stock price had declined to the point where the value of its assets well exceeded the value of its stock, making it the potential target for a takeover and the company fought off corporate raiders. The company fell under the control of outsiders with little experience in film-making. In 1969, deal maker Kirk Kerkorian bought 40% of MGM and installed new management. The management immediately started a sell-off of assets and laid off much of its staff. Output was reduced to an average of five movies per year. Kerkorian focussed on other ventures, utilizing the company brand. MGM Resorts International, a Las Vegas-based hotel and casino company was created in 1973 as a division of Metro-Goldwyn-Mayer and in the 1980s became an independent company.

Over the next 37 years, the studio was bought and sold on multiple occasions. In all, Kerkorian bought and sold the company three times. Each sale was larger than the previous, and often funded with debt. The debt led to further sell-offs and divestitures. The company sold its Culver City studio complex, its backlots, film library and subsidiaries to pay off incurred debt and reduce ongoing costs. To bolster its output and increase its film library, the company acquired United Artists in 1980. In 1986, Kerkorian sold the company to Ted Turner and bought most of it back, only to sell it again in 1992. Kerkorian bought the company a third time in 1996 and purchased studios such as Orion Pictures and Samuel Goldwyn Co. and their film libraries. In 2004, Kerkorian sold the company to a consortium including Sony Pictures. Finally, in 2010, MGM filed for Chapter 11 bankruptcy.

MGM emerged from bankruptcy later that year under the ownership of its creditors, at which time the executives of Spyglass Entertainment, Gary Barber and Roger Birnbaum, became co-chairmen and co-CEOs of the holding company of Metro-Goldwyn-Mayer. Barber has since left the company and in 2020, the company began exploring a sale to satisfy its creditors. On May 26, 2021, Amazon announced it intended to acquire the studio for $8.45 billion, with no firm closing date.

Today, the company produces feature films and television series, and distributes films that it has produced as well as purchased distribution rights to. In film, the company's major productions include the ''Rocky'' franchise and the James Bond franchise. Recent productions of MGM Television include ''The Handmaid's Tale''.