Barbara Buhler Lynes is an art historian, curator, professor, and preeminent scholar on the art and life of Georgia O'Keeffe. She retired on February 14, 2020 from her position as the Sunny Kaufman Senior Curator at the NSU Museum of Art in Fort Lauderdale, Florida to continue her scholarly work on O'Keeffe and American modernism. From 1999-2012, she served as the founding curator of the Georgia O'Keeffe Museum in Santa Fe, New Mexico, where she curated or oversaw more than thirty exhibitions of works by O’Keeffe and her contemporaries. Lynes was also the Founding Emily Fisher Landau Director of the Georgia O'Keeffe Museum Research Center from 2001-2012. Prior to her work at the Georgia O'Keeffe Museum, Lynes served as an independent consultant to the National Gallery of Art in Washington, D.C. from 1992-1999 and has taught art history at Vanderbilt University, Dartmouth College, Montgomery College, and the Maryland Institute College of Art (MICA).

Lynes holds a PhD in French Literature from the University of California, Riverside and a PhD in Art History from Indiana University Bloomington. She has written books, book chapters, and essays on O'Keeffe and other American modernists, including the award-winning two volume Georgia O'Keeffe catalogue raisonné (1999) that documents and authenticates O'Keeffe's extensive oeuvre. Provided by Wikipedia 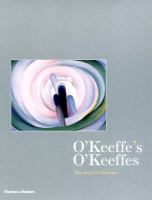