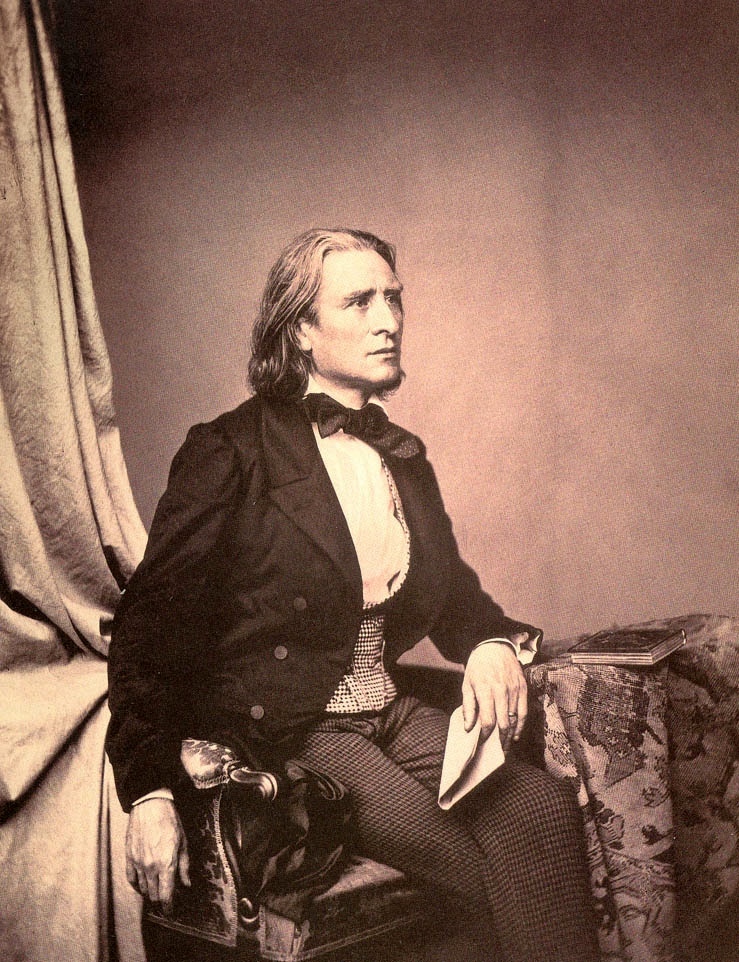 Franz Liszt; , in modern usage ''Liszt Ferenc'' . Liszt's Hungarian passport spelled his given name as "Ferencz". An orthographic reform of the Hungarian language in 1922 (which was 36 years after Liszt's death) changed the letter "cz" to simply "c" in all words except surnames; this has led to Liszt's given name being rendered in modern Hungarian usage as "Ferenc". From 1859 to 1867 he was officially Franz Ritter von Liszt; he was created a ''Ritter'' (knight) by Emperor Francis Joseph I in 1859, but never used this title of nobility in public. The title was necessary to marry the Princess Carolyne zu Sayn-Wittgenstein without her losing her privileges, but after the marriage fell through, Liszt transferred the title to his uncle Eduard in 1867. Eduard's son was Franz von Liszt.|group=n}} (22 October 1811 – 31 July 1886) was a Hungarian composer, pianist and teacher of the Romantic period. With a diverse body of work spanning more than six decades, he is considered to be one of the most prolific and influential composers of his era and remains one of the most popular composers in modern concert piano repertoire.

Liszt first gained renown during the early nineteenth century for his virtuoso skill as a pianist. Regarded as one of the greatest pianists of all time, he toured Europe during the 1830s and 1840s, often playing for charity. During this period in his life, Liszt developed a reputation for his powerful performances as well as his physical attractiveness. In what has now been dubbed "Lisztomania", he rose to a degree of stardom and popularity among the public not experienced by the virtuosos who preceded him. Whereas earlier performers mostly served the upper class, Liszt attracted a more general audience. During this period and into his later life, Liszt was a friend, musical promoter and benefactor to many composers of his time, including Frédéric Chopin, Charles-Valentin Alkan, Richard Wagner, Hector Berlioz, Robert Schumann, Clara Schumann, Camille Saint-Saëns, Edvard Grieg, Ole Bull, Joachim Raff, Mikhail Glinka, and Alexander Borodin.

Liszt was one of the most prominent representatives of the New German School (). He left behind an extensive and diverse body of work that influenced his forward-looking contemporaries and anticipated 20th-century ideas and trends. Among Liszt's musical contributions were the symphonic poem, developing thematic transformation as part of his experiments in musical form, and radical innovations in harmony. Liszt has also been regarded as a forefather of Impressionism in music, with his ''Années de pèlerinage'', often regarded as his masterwork, featuring many impressionistic qualities. In a radical departure from his earlier compositional styles, many of Liszt’s later works also feature experiments in atonality, foreshadowing the serialist movement of the 20th century. Provided by Wikipedia