Beginning in 1947, Linderman worked various jobs for the RCA, including spells as a member of the organization's board of directors, president, and secretary-treasurer. His desire for a season-ending event featuring leaders in the RCA's point standings helped lead to the creation of the National Finals Rodeo. Linderman moved with his family to Washington, and remained with the RCA until his death in a plane accident. He was inducted into the ProRodeo Hall of Fame in 1979. Provided by Wikipedia 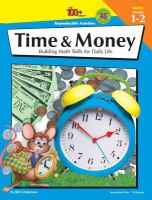