David Sievert Lavender (February 4, 1910 – April 26, 2003) was an American historian and writer who was one of the most prolific chroniclers of the American West. He published more than 40 books, including two novels, several children's books, and a memoir. Unlike his two prominent contemporaries, Bernard DeVoto and Wallace Stegner, Lavender was not an academic. Much of his writing was influenced by his first-hand practical knowledge of the American West and the historical realities and locations depicted in his books—in the mines, on the trails, in the mountains, and on the rivers. Lavender was a two-time nominee for the Pulitzer Prize, and was widely admired by scholars for his accuracy and objectivity. Provided by Wikipedia
Showing 1 - 20 results of 24 for search 'Lavender, David, 1910-2003.', query time: 0.07s Refine Results
1 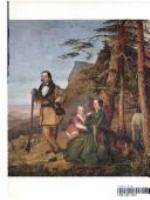 The way to the western sea : Lewis and Clark across the continent /
by Lavender, David, 1910-2003.
Published 1990
Call Number: Loading...
Located: Loading...
Book Loading...
Add to Book Bag Remove from Book Bag
Save to List