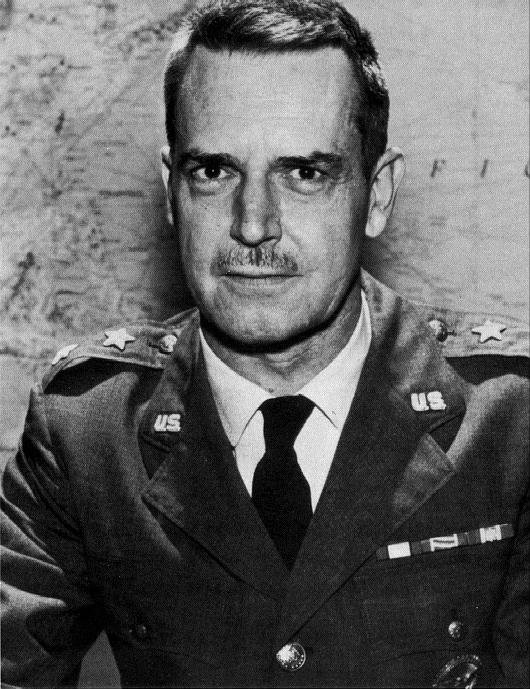 Edward Geary Lansdale (February 6, 1908 – February 23, 1987) was a United States Air Force officer until retiring in 1963 as a major general before continuing his work with the Central Intelligence Agency (CIA). Lansdale was a pioneer in clandestine operations and psychological warfare. In the early 1950s, Lansdale played a significant role in suppressing the Huk insurgency in the Philippines. In 1954, he moved to Saigon and started the Saigon Military Mission, a covert intelligence operation which was created to sow dissension in North Vietnam. Lansdale believed the United States could win guerrilla wars by studying the enemy's psychology, an approach that won the approval of the presidential administrations of both Kennedy and Johnson. Provided by Wikipedia
Showing 1 - 2 results of 2 for search 'Lansdale, Edward Geary, 1908-1987.', query time: 0.04s Refine Results
1