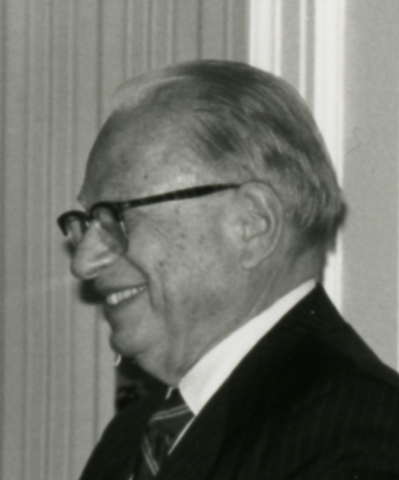 Ralph Landau (May 19, 1916 – April 5, 2004) was a chemical engineer and entrepreneur active in the chemical and petrochemical industries. He is considered one of the top fifty foundational chemical engineers of the first half of the 20th century, and one of the 75 most distinguished contributors to chemical enterprise. He has published extensively on chemical engineering and holds a significant number of patents.

In his 60s, he began a productive second career in economics at Stanford and Harvard Universities, examining economic theory, economic history and the application of technology in the chemical industry. His economic work focuses on understanding the political and economic environment necessary to encourage technological innovation. He published more than 143 papers and nine books.

Ralph Landau won a number of significant awards, including a Lifetime Achievement Award from the Lester Center for Entrepreneurship & Innovation (2003), the first Othmer Gold Medal (1997), the National Medal of Technology from the United States Government, first awarded by President Ronald Reagan in 1985 "for his technical, leadership and entrepreneurial roles in the development of commercially successful petrochemical processes", and the Perkin Medal (1981). Provided by Wikipedia