Mur Lafferty (born July 25, 1973) is an American podcaster and writer based in Durham, North Carolina. She was the editor and host of ''Escape Pod'' from 2010, when she took over from Steve Eley, until 2012, when she was replaced by Norm Sherman. She is also the host and creator of the podcast ''I Should Be Writing''. Until July 2007, she was host and co-editor of Pseudopod. She was the Editor-in-Chief of the Escape Artists short fiction magazine ''Mothership Zeta'' until it went on hiatus in 2016. Provided by Wikipedia
1 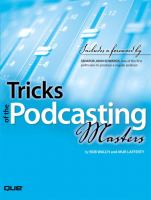