Michael Arvaarluk Kusugak (Inuktitut: ᐊᕐᕚᕐᓗᒃ ᑯᓱᒐᖅ) is a storyteller and a Canadian children's writer, who tells stories about Arctic and Inuit culture. He was born April 27, 1948 just north of Chesterfield Inlet, at a point of land we call Qatiktalik (known as Cape Fullterton in English). That same spring of 1948 he and his family moved to Repulse Bay and in 1960 to Rankin Inlet. In 2019, he lives in Sooke, BC and plans to move to Manitoba in the summer.

In 1954, a plane arrived and at the age of six Michael Kusugak and many of his friends were sent away to residential school. The teachers were strict and did not allow the children to speak their own language, Inuktitut. Kusugak remembers sitting in the back of the class crying most of the time. The following year, Michael successfully hid when the plane came to take him and his friends away again. However, he returned the following year and became one of the first Inuit in the eastern Arctic to graduate from high school. He was also educated in Yellowknife, Churchill and Saskatoon. He has later worked as an educational administrator for Nunavut Arctic College.

Michael Kusugak grew up living a traditional, nomadic Inuit life with his family. Every night, Michael pleaded with his grandmother to tell him a story, until she eventually gave in. In this environment, Michael’s love of storytelling was born. It wasn’t until Michael had his own children that he realized that there was hardly anything written for children about life in the Arctic, so he started telling them his grandmother’s stories. In the late 1980s, Robert Munsch visited a local school and stayed in the Kusugak household. Along with Munsch as a co-author, Michael wrote his first book, ''A Promise is a Promise,'' published in 1988. Michael Arvaarluk Kusugak has been writing ever since. His books have been published in French, Korean, Japanese and Braille.

All of Kusugak's books, except for ''T is for Territories'', which is part of a non-fiction series, are illustrated by Vladyana Krykorka. Krykorka came to Toronto from Prague when the Soviet Union invaded Czechoslovakia. She illustrated ''A Promise is a Promise'' in 1988, and since then has been to Nunavut many times to visit, photograph and paint the land and people. She has also written and illustrated a set of her own books depicting the land and animals of the north: ''Arctic Land'', ''Arctic Sea'', and ''Arctic Sky''.

Ijiraq, Kiviuq, and Siarnaq, moons of Saturn, were named by astronomer John J. Kavelaars after encountering the figures in one of Kusugak's books. Paaliaq, another moon, was named after one of Kusugak's original characters featured in ''The Curse Of The Shaman: A Marble Island''. Provided by Wikipedia 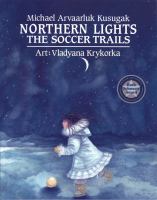 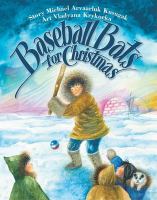 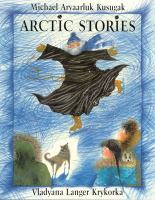 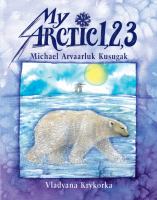 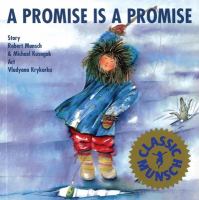