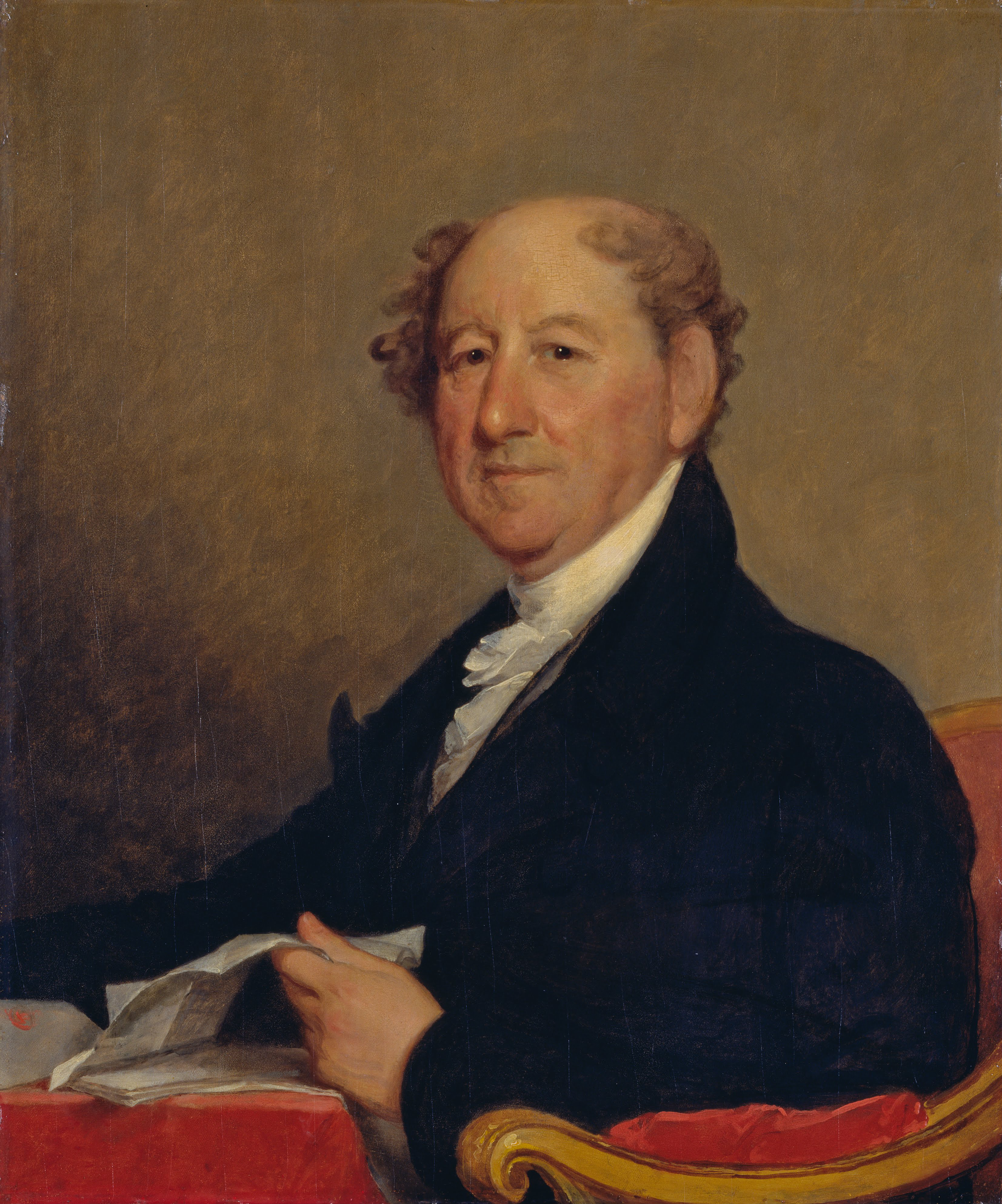 Rufus King (March 24, 1755April 29, 1827) was an American lawyer, politician, and diplomat. He was a delegate for Massachusetts to the Continental Congress and the Philadelphia Convention and was one of the signers of the United States Constitution in 1787. After formation of the new Congress he represented New York in the United States Senate. He emerged as a leading member of the Federalist Party, serving as the party's last presidential nominee in the 1816 presidential election.

The son of a prosperous Massachusetts merchant, King studied law before volunteering for the militia in the American Revolutionary War. He won election to the Massachusetts General Court in 1783 and to the Congress of the Confederation the following year. At the 1787 Philadelphia Convention, he emerged as a leading nationalist, calling for increased powers for the federal government. After the convention, King returned to Massachusetts, where he used his influence to help win ratification of the new Constitution. At the urging of Alexander Hamilton, he then abandoned his law practice and moved to New York City.

He won election to represent New York in the United States Senate in 1789, remaining in office until 1796. That year, he accepted President George Washington's appointment to the position of Minister to Britain. Though King aligned with Hamilton's Federalists, Democratic-Republican President Thomas Jefferson retained his services after Jefferson's victory in the 1800 presidential election. King served as the Federalist vice presidential candidate in the 1804 and 1808 elections, running on an unsuccessful ticket with Charles Cotesworth Pinckney of South Carolina. Though most Federalists supported Democratic-Republican DeWitt Clinton in the 1812 presidential election, King, without the support of his party, won the few votes of those Federalists who were unwilling to support Clinton's candidacy. In 1813, he returned to the Senate and remained in office until 1825.

King was the informal de facto Federalist nominee for president in 1816, losing in a landslide to James Monroe. The Federalist Party became defunct at the national level after 1816, and King was the last presidential nominee the party fielded. Nonetheless, King was able to remain in the Senate until 1825, making him the last Federalist senator, due to a split in the New York Democratic-Republican Party. After that King accepted John Quincy Adams's appointment to serve another term as ambassador to Britain, but ill health forced King to retire from public life, and he died in 1827. King had five children who lived to adulthood, and he has numerous notable descendants. Provided by Wikipedia

The life and correspondence of Rufus King; comprising his letters, private and official, his public documents, and his speeches.
by King, Rufus, 1755-1827.
Published 1894
Call Number: Loading...
Located: Loading...
Microfilm Book Loading...
Save to List

The life and correspondence of Rufus King : comprising his letters, private and official, his public documents and his speeches /
by King, Rufus, 1755-1827
Published 1894
Call Number: Loading...
Located: Loading...
CONNECT
CONNECT

Substance of two speeches, delivered in the Senate of the United States, on the subject of the Missouri bill. /
by King, Rufus, 1755-1827
Published 1819
Call Number: Loading...
Located: Loading...
CONNECT

Letter from the secretary of state : accompanying a report and abstract of all the returns of registered American seamen, and of the protests and returns respecting impressed seame...
Published 1798
Other Authors: “...King, Rufus, 1755-1827....”