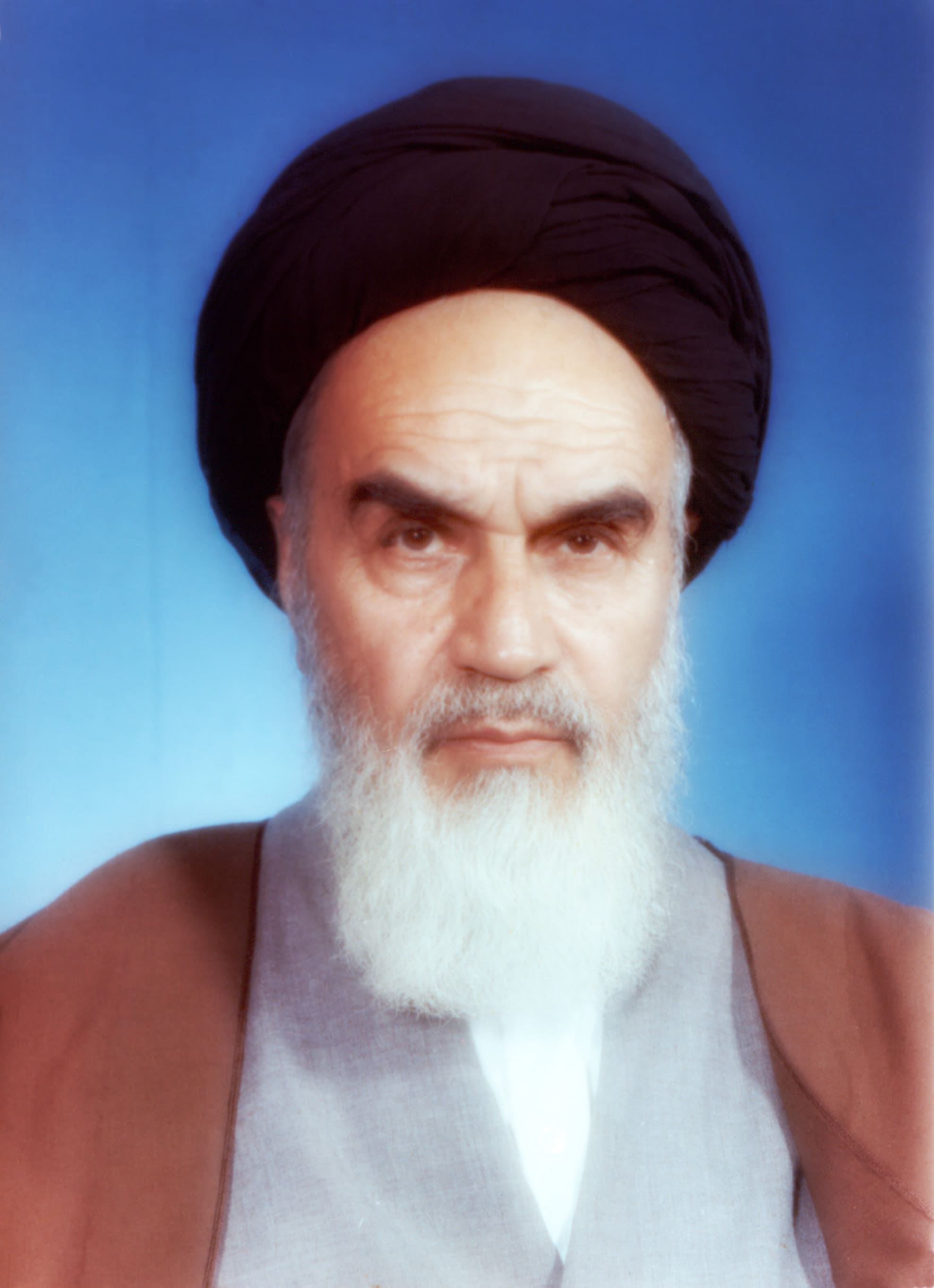 Sayyid Ruhollah Musavi Khomeini ( , ; ; 24 September 1902 – 3 June 1989), also known in the Western world as Ayatollah Khomeini, was an Iranian revolutionary, politician, and cleric. He was the founder of the Islamic Republic of Iran and the leader of the 1979 Iranian Revolution, which saw the overthrow of the last shah of Iran, Mohammad Reza Pahlavi, and the end of the 2,500 year old Persian monarchy. Following the revolution, Khomeini became the country's supreme leader, a position created in the constitution of the Islamic Republic as the highest-ranking political and religious authority of the nation, which he held until his death. He was succeeded by Ali Khamenei on 4 June 1989.

Khomeini was born in 1902 in Khomeyn, in what is now Iran's Markazi Province. His father was murdered in 1903 when Khomeini was five months old. He began studying the Quran and the Persian language from a young age and was assisted in his religious studies by his relatives, including his mother's cousin and older brother.

Khomeini was a ''marja'' ("source of emulation") in Twelver Shia Islam, a Mujtahid or ''faqih'' (an expert in Sharia) and author of more than 40 books, but he is primarily known for his political activities. He spent more than 15 years in exile for his opposition to the last shah. In his writings and preachings he expanded the theory of ''welayat-el faqih'', the "Guardianship of the Islamic Jurist (clerical authority)", to include theocratic political rule by Islamic jurists. This principle (though not known to the wider public before the revolution), was appended to the new Iranian constitution after being put to a referendum. According to ''The New York Times'', Khomeini called democracy the equivalent of prostitution. Whether Khomeini's ideas are compatible with democracy and whether he intended the Islamic Republic to be democratic is disputed. He was ''Time'' magazine's Man of the Year in 1979 for his international influence, and Khomeini has been described as the "virtual face of Shia Islam in Western popular culture". In 1982, he survived one military coup attempt. Khomeini was known for his support of the hostage takers during the Iran hostage crisis, his fatwa calling for the murder of British Indian novelist Salman Rushdie, and for referring to the United States as the "Great Satan" and Soviet Union as the "Lesser Satan." Khomeini has been criticized for these acts and for human rights violations of Iranians (including his ordering of execution of thousands of political prisoners, war criminals and prisoners of the Iran–Iraq War).

He has also been lauded as a "charismatic leader of immense popularity", a "champion of Islamic revival" by Shia scholars, who attempted to establish good relations between Sunnis and Shias, and a major innovator in political theory and religious-oriented populist political strategy. Khomeini held the title of Grand Ayatollah and is officially known as Imam Khomeini inside Iran and by his supporters internationally. He is generally referred to as Ayatollah Khomeini by others. In Iran, his gold-domed tomb in Tehran's Behesht-e Zahrāʾ cemetery has become a shrine for his adherents, and he is legally considered "inviolable", with Iranians regularly punished for insulting him. Provided by Wikipedia

The Hoages in Iran Ayatollah Khomeini : The hostages can be exchanged for the Shah.
by Khomeini, Ruhollah.
Published 1979
Call Number: Loading...
Located: Loading...
CD Audio Loading...