Douglas Kellner (born May 31, 1943) is an American academic who works at the intersection of "third-generation" critical theory in the tradition of the Frankfurt Institute for Social Research, or Frankfurt School, and in cultural studies in the tradition of the Birmingham Centre for Contemporary Cultural Studies, or the "Birmingham School". He has argued that these two conflicting philosophies are in fact compatible. He is currently the George Kneller Chair in the Philosophy of Education in the Graduate School of Education and Information Studies at the University of California, Los Angeles.

Kellner was an early theorist in the field of critical media literacy and has been a leading theorist of media culture generally. In his recent work, he has increasingly argued that media culture has become dominated by forms of spectacle and mega-spectacle. He also has contributed important studies of alter-globalization processes and has always been concerned with counter-hegemonic movements and alternative cultural expressions in the name of a more radically democratic society. He is known for his work exploring the politically oppositional potentials of new media and attempted to delineate the term "multiple technoliteracies" as a movement away from the present attempt to standardize a corporatist form of computer literacy. Kellner has published multiple works on the 2016 United States presidential election, focusing on Donald Trump's media spectacles and authoritarian populism.

Kellner has collaborated with a number of other authors, including K. Daniel Cho, Tyson E. Lewis, Clayton Pierce, and Rhonda Hammer. Kellner collaborated with Steven Best on an award-winning trilogy of books examining postmodern turns in philosophy, the arts, and science and technology. He served as the literary executor of the documentary filmmaker Emile de Antonio and acted as editor of "Collected Papers of Herbert Marcuse," which collected six volumes of the papers of the critical theorist Herbert Marcuse. Provided by Wikipedia 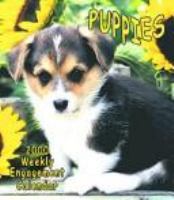 The postmodern adventure : science, technology, and cultural studies at the Third Millennium /
by Best, Steven.
Published 2001
Other Authors: “...Kellner, Douglas, 1943-...” 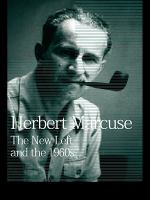