Bruce Eric Kaplan (born September 9, 1964), known as BEK, is an American cartoonist whose single-panel cartoons frequently appear in ''The New Yorker''. His cartoons are known for their signature simple style and often dark humor. Kaplan is also a screenwriter and has worked on ''Seinfeld'' and on ''Six Feet Under''. Kaplan wove his New Yorker cartooning into ''Seinfeld'' with the episode, "The Cartoon." He graduated from Wesleyan University and studied there with Professor Jeanine Basinger. 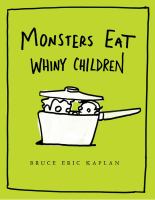