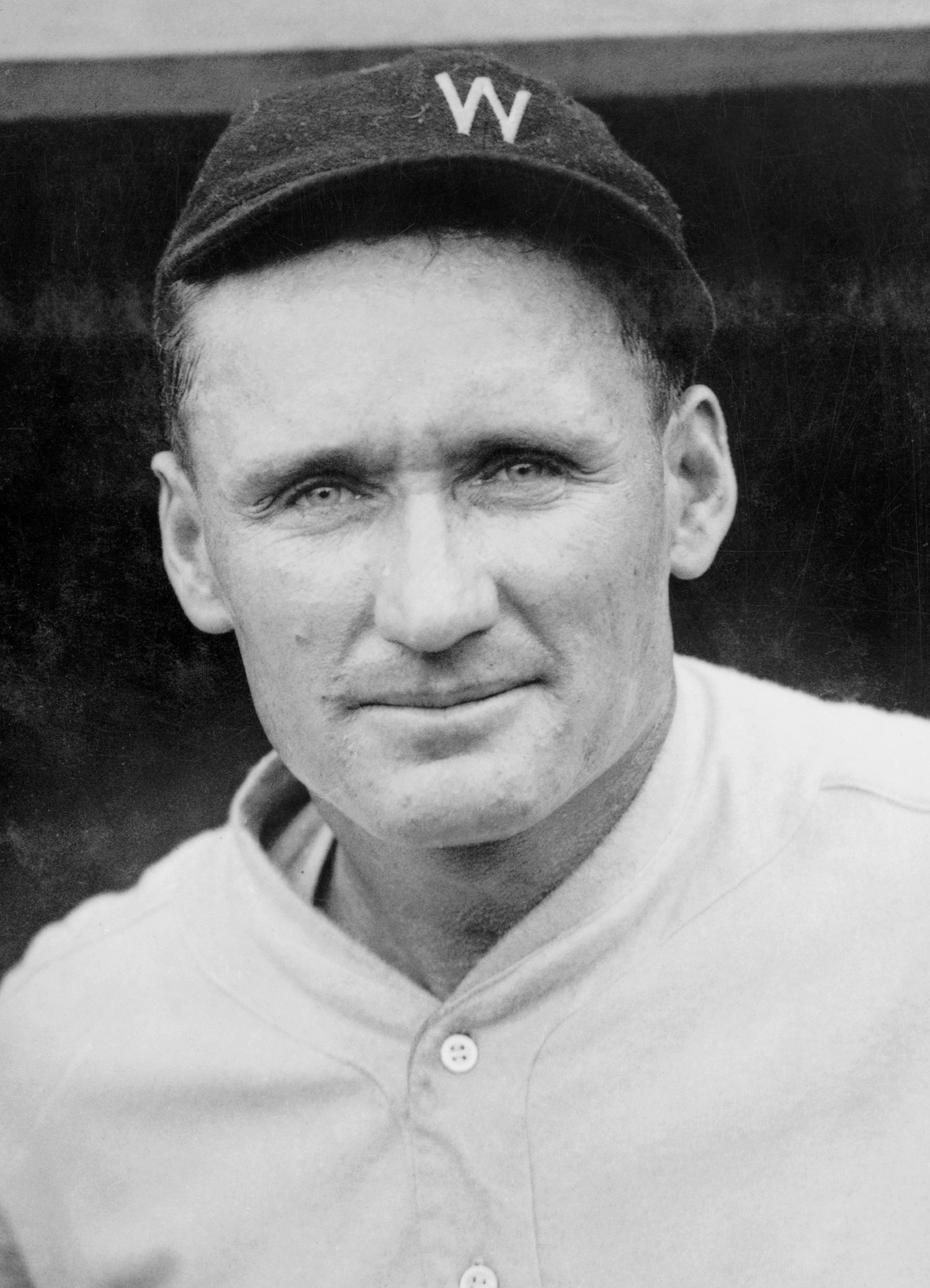 Walter Perry Johnson (November 6, 1887 – December 10, 1946), nicknamed "Barney" and "The Big Train", was an American professional baseball player and manager. He played his entire 21-year baseball career in Major League Baseball as a right-handed pitcher for the Washington Senators from to . He later served as manager of the Senators from 1929 through 1932 and of the Cleveland Indians from 1933 through 1935.

Often thought of as one of the greatest pitchers in baseball history, Johnson established several pitching records, some of which remain unbroken nine decades after he retired from baseball. He remains by far the all-time career leader in shutouts with 110, second in wins with 417, and fourth in complete games with 531. He held the career record in strikeouts for nearly 56 years, with 3,508, from the end of his career in 1927 until the 1983 season, when three players (Steve Carlton, Nolan Ryan and Gaylord Perry) finally passed the mark. Johnson was the only player in the 3,000 strikeout club (achieved July 22, 1923) until Bob Gibson recorded his 3,000th strikeout on July 17, 1974. He also has the most innings pitched among all 18 members of the 3,000 strikeout club, as well as the lowest strikeouts per nine innings pitched (5.34 K/9). Johnson led the league in strikeouts a Major League record 12 times—one more than current strikeout leader Nolan Ryan—including a record eight straight seasons. He is the only pitcher in major league history to record over 400 wins and strike out over 3,500 batters.

In , Johnson was elected into the Baseball Hall of Fame as one of its "first five" inaugural members. His gentle nature was legendary, and to this day he is held up as an example of good sportsmanship, while his name has become synonymous with friendly competition. Provided by Wikipedia