Ruth Prawer Jhabvala, (7 May 19273 April 2013) was a German-born British and American Booker prize-winning novelist, short story writer and two-time Academy Award-winning screenwriter. She is perhaps best known for her long collaboration with Merchant Ivory Productions, made up of director James Ivory and producer Ismail Merchant.

After meeting Cyrus Jhabvala in England, she married him and moved to India in 1951; Jhabvala was an Indian-Parsi architect. The couple lived in New Delhi and had three daughters. Jhabvala began then to elaborate her experiences in India and wrote novels and tales on Indian subjects. She wrote a dozen novels, 23 screenplays, and eight collections of short stories and was made a CBE in 1998 and granted a joint fellowship by BAFTA in 2002 with Ivory and Merchant. She is the only person to have won both a Booker Prize and an Oscar. Provided by Wikipedia

At the end of the century / the stories of Ruth Prawer Jhabvala ; with an introduction by Anita Desai.
by Jhabvala, Ruth Prawer, 1927-2013,
Published 2018
Call Number: Loading...
Located: Loading...
Book Loading... 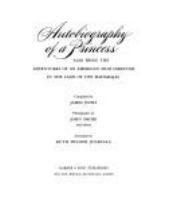 Autobiography of a princess, also being the adventures of an American film director in the land of the Maharajas / compiled by James Ivory ; photos. by John Swope and others ; scre...
by Ivory, James.
Published 1975
Other Authors: '; “...Jhabvala, Ruth Prawer, 1927-...”