Thomas Jefferson (April 13, 1743 – July 4, 1826) was an American statesman, diplomat, lawyer, architect, philosopher, slaver, and Founding Father who served as the third president of the United States from 1801 to 1809. He was previously the nation's second vice president under John Adams and the first United States secretary of state under George Washington. The principal author of the Declaration of Independence, Jefferson was a proponent of democracy, republicanism, and individual rights, motivating American colonists to break from the Kingdom of Great Britain and form a new nation. He produced formative documents and decisions at state, national, and international levels.

During the American Revolution, Jefferson represented Virginia in the Continental Congress that adopted the Declaration of Independence. As a Virginia legislator, he drafted a state law for religious freedom. He served as the second Governor of Virginia from 1779 to 1781, during the Revolutionary War. In 1785, Jefferson was appointed the United States Minister to France, and subsequently, the nation's first secretary of state under President George Washington from 1790 to 1793. Jefferson and James Madison organized the Democratic-Republican Party to oppose the Federalist Party during the formation of the First Party System. With Madison, he anonymously wrote the provocative Kentucky and Virginia Resolutions in 1798 and 1799, which sought to strengthen states' rights by nullifying the federal Alien and Sedition Acts.

Jefferson and Federalist John Adams became friends as well as political rivals, serving in the Continental Congress and drafting the Declaration of Independence together. In the 1796 presidential election between the two, Jefferson came in second, which according to electoral procedure at the time, made him vice president to Adams. Jefferson challenged Adams again in 1800 and won the presidency. After his term in office, Jefferson eventually reconciled with Adams and they shared a correspondence that lasted fourteen years.

As president, Jefferson pursued the nation's shipping and trade interests against Barbary pirates and aggressive British trade policies. Starting in 1803, he promoted a western expansionist policy with the Louisiana Purchase which doubled the nation's claimed land area. To make room for settlement, Jefferson began the process of Indian tribal removal from the newly acquired territory. As a result of peace negotiations with France, his administration reduced military forces. He was re-elected in 1804, but his second term was beset with difficulties at home, including the trial of former vice president Aaron Burr. In 1807, American foreign trade was diminished when Jefferson implemented the Embargo Act in response to British threats to U.S. shipping. The same year, Jefferson signed the Act Prohibiting Importation of Slaves.

Jefferson, while primarily a plantation owner, lawyer, and politician, mastered many disciplines, ranging from surveying and mathematics to horticulture and mechanics. He was also an architect in the Palladian tradition. Jefferson's keen interest in religion and philosophy led to his presidency of the American Philosophical Society; he shunned organized religion but was influenced by Christianity, Epicureanism, and deism. Jefferson rejected fundamental Christianity, denying Christ's divinity. A philologist, Jefferson knew several languages. He was a prolific letter writer and corresponded with many prominent people, including Edward Carrington, John Taylor of Caroline, and James Madison. Among his books is ''Notes on the State of Virginia'' (1785), considered perhaps the most important American book published before 1800. Jefferson championed the ideals, values, and teachings of the Enlightenment.

Over the course of his life, Jefferson owned more than 600 slaves. Since Jefferson's time, controversy has revolved around his relationship with Sally Hemings, a mixed-race enslaved woman and his late wife's half-sister. According to 1998 DNA testing of Jefferson's and Hemings' descendants, combined with documentary and statistical evidence and oral history, Jefferson fathered at least six children with Hemings, including four that survived to adulthood. Evidence suggests that Jefferson started the relationship with Hemings when they were in Paris, some time after she arrived there at the age of 14 or 15, when Jefferson was 44. By the time she returned to the United States at 16 or 17, she was pregnant.

After retiring from public office, Jefferson founded the University of Virginia. He and John Adams both died on July 4, 1826, the 50th anniversary of U.S. independence. Presidential scholars and historians generally praise Jefferson's public achievements, including his advocacy of religious freedom and tolerance in Virginia, his peaceful acquisition of the Louisiana Territory from France without war or controversy, and his ambitious and successful Lewis and Clark Expedition. Some modern historians are critical of Jefferson's personal involvement with slavery. Jefferson is consistently ranked in the top ten presidents of American history. 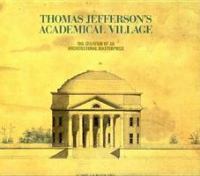 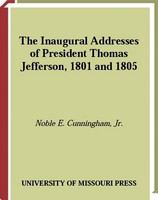 Philadelphia, December 31st, 1797. : Dear Sir, Mr. Tazewell has communicated to me the enquiries you have been so kind as to make, relative to a passage in the Notes on Virginia, w...
by Jefferson, Thomas, 1743-1826.
Published 1798
Call Number: Loading...
Located: Loading...
CONNECT
CONNECT

A manual of parliamentary practice : composed originally for the use of the Senate of the United States /
by Jefferson, Thomas, 1743-1826
Published 1871
Call Number: Loading...
Located: Loading...
CONNECT
CONNECT