|background = non_performing_personnel |birth_place = London, England |occupation = Composer |genre = Orchestral, wind band, classical |instrument = Piano |death_date = |death_place = Saffron Walden, England }} Gordon Percival Septimus Jacob CBE (5 July 18958 June 1984) was an English composer and teacher. He was a professor at the Royal College of Music in London from 1924 until his retirement in 1966, and published four books and many articles about music. As a composer he was prolific: the list of his works totals more than 700, mostly compositions of his own, but a substantial minority of orchestrations and arrangements of other composers' works. Those whose music he orchestrated range from William Byrd to Edward Elgar to Noël Coward. Provided by Wikipedia
Showing 1 - 20 results of 27 for search 'Jacob, Gordon, 1895-1984.', query time: 0.04s Refine Results
1 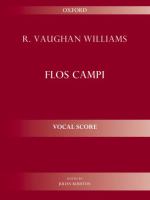