Hubert Horatio Humphrey Jr. (May 27, 1911 – January 13, 1978) was an American pharmacist and politician who served as the 38th vice president of the United States from 1965 to 1969. He twice served in the United States Senate, representing Minnesota from 1949 to 1964 and 1971 to 1978. As a senator he was a major leader of modern liberalism in the United States. As President Lyndon Johnson's vice president, he supported the controversial Vietnam War. An intensely divided Democratic Party nominated him in the 1968 presidential election, which he lost to Republican nominee Richard Nixon.

Born in Wallace, South Dakota, Humphrey attended the University of Minnesota. In 1943, he became a professor of political science at Macalester College and ran a failed campaign for mayor of Minneapolis. He helped found the Minnesota Democratic–Farmer–Labor Party (DFL) in 1944; the next year he was elected mayor of Minneapolis, serving until 1948 and co-founding the liberal anti-communist group Americans for Democratic Action in 1947. In 1948, he was elected to the U.S. Senate and successfully advocated for the inclusion of a proposal to end racial segregation in the 1948 Democratic National Convention's party platform. He was a leader of American liberalism, especially in supporting civil rights. Liberals split over his strong support for the Vietnam War.

Humphrey served three terms in the Senate from 1949 to 1964, and was the Senate Majority Whip for the last four years of his tenure. During this time, he was the lead author of the Civil Rights Act of 1964, introduced the first initiative to create the Peace Corps, and chaired the Select Committee on Disarmament. He unsuccessfully sought his party's presidential nomination in 1952 and 1960. After Lyndon B. Johnson acceded to the presidency, he chose Humphrey as his running mate, and the Democratic ticket won a landslide victory in the 1964 election.

In March 1968, Johnson made his surprise announcement that he would not seek reelection, and Humphrey launched his campaign for the presidency. Loyal to the Johnson administration's policies on the Vietnam War, he received opposition from many within his own party and avoided the primaries to focus on winning the delegates of non-primary states at the Democratic Convention. His delegate strategy succeeded in clinching the nomination, and he chose Senator Edmund Muskie as his running mate. In the general election, he nearly matched Nixon's tally in the popular vote but lost the electoral vote by a wide margin. After the defeat, he returned to the Senate and served from 1971 until his death in 1978. From 1977 to 1978, he served as Deputy President pro tempore of the United States Senate. Provided by Wikipedia 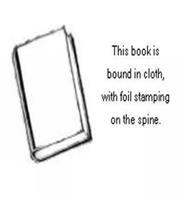 A proposal for achieving balanced national growth and development : a proposal submitted to the Subcommittee on Economic Progress of the Joint Economic Committee, Congress of the U...
by Humphrey, Hubert H. 1911-1978
Published 1973
Call Number: Loading...
Located: Loading...
CONNECT
CONNECT

Government regulation: what kind of reform? : a round table held on 11 September 1975 and sponsored by the American Enterprise Institute for Public Policy Research and the Hoover I...
Published 1976
Other Authors: “...Humphrey, Hubert H. 1911-1978,...”