Deborah Smith was born in Boston, Massachusetts on August 12, 1946. Her father was Lester Smith, a radio newscaster in New York. In 1968, she graduated from Boston University with a B.F.A. in theater. At college, she met James Howe, another student studying acting. They married on September 28, 1969 and then together, they moved to New York City for their acting careers. She played in off-Broadway shows, working as an actress from 1969 to 1978.

Howe also worked as a model and tape recording artist, and she and her husband created children's records.

In 1978, Deborah and James Howe wrote ''Bunnicula'' and ''Teddy Bear's Scrapbook'' while Deborah was staying at St. Vincent's Hospital and Medical Center due to her illness. Her husband stated "writing the books became a form of therapy" for them while they were staying at the hospital, since the books were "humorous and they gave us laughter in writing them." She was diagnosed with ameloblastoma, a tumor-forming bone disease, and died 11 months after her diagnosis on June 3, 1978. A children's library at St. Vincent's was later named after her. She was survived by her parents, her husband James, and her younger brother. Provided by Wikipedia 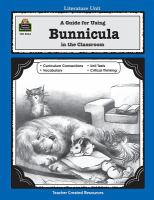