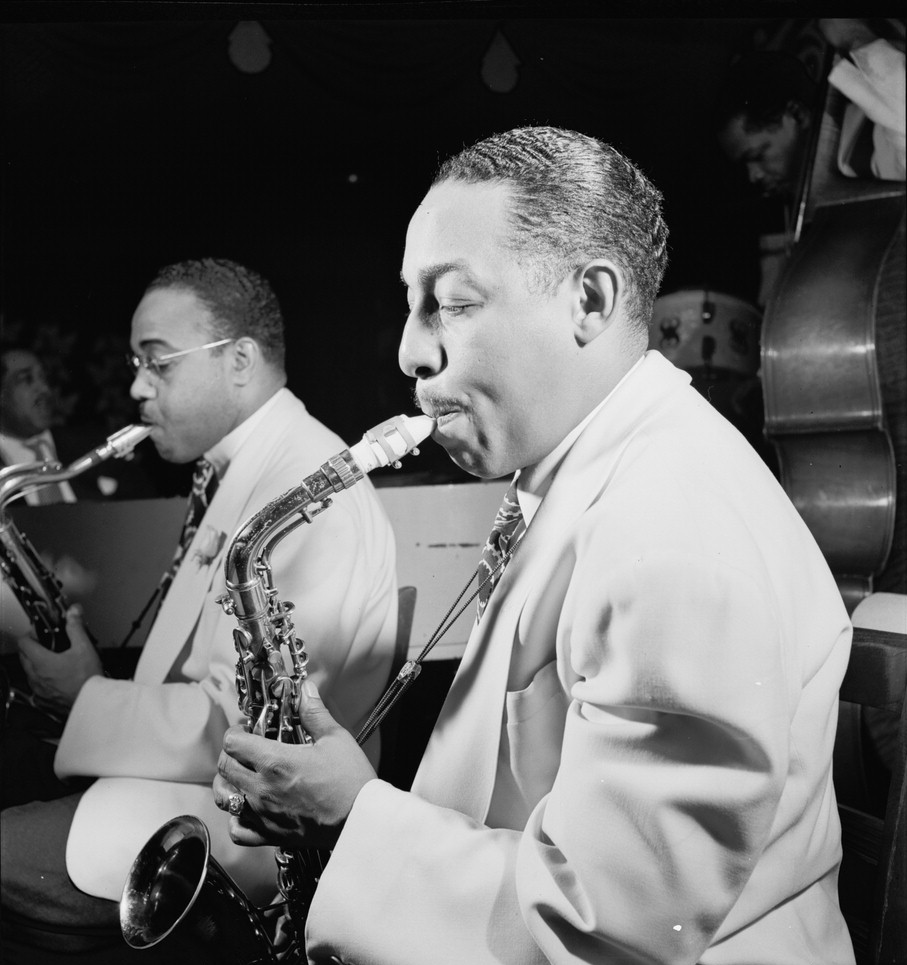 Cornelius "Johnny" Hodges (July 25, 1907 – May 11, 1970) was an American alto saxophonist, best known for solo work with Duke Ellington's big band. He played lead alto in the saxophone section for many years. Hodges was also featured on soprano saxophone, but refused to play soprano after 1946. He is considered one of the definitive alto saxophone players of the big band era (along with Benny Carter).

After beginning his career as a teenager in Boston, Hodges began to travel to New York and played with Lloyd Scott, Sidney Bechet, Luckey Roberts and Chick Webb. When Ellington wanted to expand his band in 1928, Ellington's clarinet player Barney Bigard recommended Hodges. His playing became one of the identifying voices of the Ellington orchestra. From 1951 to 1955, Hodges left the Duke to lead his own band, but returned shortly before Ellington's triumphant return to prominence – the orchestra's performance at the 1956 Newport Jazz Festival. Provided by Wikipedia

Johnny Hodges with Billy Strayhorn and the orchestra
Published 1999
Other Authors: “...Hodges, Johnny....”

The greatest jazz concert in the world
Published 1975
Other Authors: “...Hodges, Johnny....”