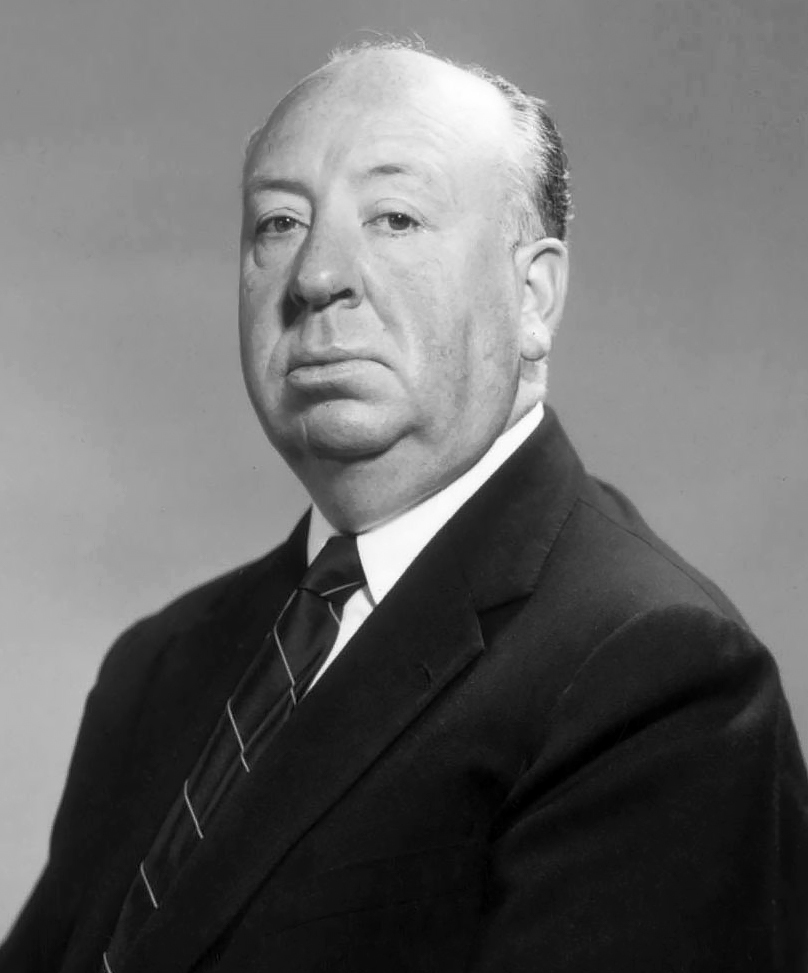 Sir Alfred Joseph Hitchcock (13 August 1899 – 29 April 1980) was an English filmmaker widely regarded as one of the most influential figures in the history of cinema. In a career spanning six decades, he directed over 50 feature films, According to Roger Ebert in 1980, it was 54.}} many of which are still widely watched and studied today. Known as the "Master of Suspense", he became as well known as any of his actors thanks to his many interviews, his cameo roles in most of his films, and his hosting and producing the television anthology ''Alfred Hitchcock Presents'' (1955–65). His films garnered 46 Academy Award nominations, including six wins, although he never won the award for Best Director despite five nominations.

The "Hitchcockian" style includes the use of editing and camera movement to mimic a person's gaze, thereby turning viewers into voyeurs, and framing shots to maximise anxiety and fear. The film critic Robin Wood wrote that the meaning of a Hitchcock film "is there in the method, in the progression from shot to shot. A Hitchcock film is an organism, with the whole implied in every detail and every detail related to the whole." Hitchcock made multiple films with some of the biggest stars in Hollywood, including four with Cary Grant in the 1940s and 1950s, three with Ingrid Bergman in the last half of the 1940s, four with James Stewart over a ten-year span commencing in 1948, and three with Grace Kelly in the mid-1950s. Hitchcock became an American citizen in 1955.

In 2012, Hitchcock's psychological thriller ''Vertigo'', starring Stewart, displaced Orson Welles' ''Citizen Kane'' (1941) as the British Film Institute's greatest film ever made based on its world-wide poll of hundreds of film critics. , nine of his films had been selected for preservation in the United States National Film Registry, [https://www.loc.gov/programs/national-film-preservation-board/film-registry/descriptions-and-essays/ "Brief Descriptions and Expanded Essays of National Film Registry Titles"] . Library of Congress. Retrieved 21 December 2018.}} including his personal favourite, ''Shadow of a Doubt'' (1943).}} He received the BAFTA Fellowship in 1971, the AFI Life Achievement Award in 1979 and was knighted in December that year, four months before his death on 29 April 1980. Provided by Wikipedia