The Heard Museum's mission is to be "the world's preeminent museum for the presentation, interpretation and advancement of American Indian art, emphasizing its intersection with broader artistic and cultural themes." The main Phoenix location of the Heard Museum has been designated as a Phoenix Point of Pride. 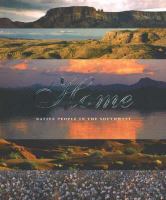 When the rainbow touches down : the artists and stories behind the Apache, Navajo, Rio Grande Pueblo, and Hopi paintings in the William and Leslie Van Ness Denman Collection /
by Seymour, Tryntje Van Ness.
Published 1988
“...Heard Museum of Anthropology and Primitive Art....”

Native peoples : the journal of the Heard Museum.
Published 1987
“...Heard Museum of Anthropology and Primitive Art....”