Franz Joseph Haydn).}} (; ; 31 March); Jones (1810, 8), but some of his family members reported 1 April instead (Geiringer). The difficulty arises from the fact that in Haydn's day official records recorded not the birth date but the date of baptism, which, in Haydn's case, was 1 April (Wyn Jones 2009, pp. 2–3).}} 173231 May 1809) was an Austrian composer of the Classical period. He was instrumental in the development of chamber music such as the string quartet and piano trio. His contributions to musical form have led him to be called "Father of the Symphony" and "Father of the String Quartet".

Haydn spent much of his career as a court musician for the wealthy Esterházy family at their Eszterháza Castle. Until the later part of his life, this isolated him from other composers and trends in music so that he was, as he put it, "forced to become original".}} Yet his music circulated widely, and for much of his career he was the most celebrated composer in Europe.

He was a friend and mentor of Mozart, a tutor of Beethoven, and the older brother of composer Michael Haydn. Provided by Wikipedia 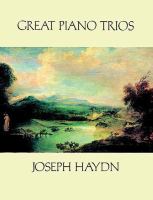 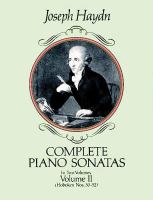