is a theoretical physicist and engineer who has worked in the US and Japan. He is known for his work in the derivation of the Hasegawa–Mima equation, which describes fundamental plasma turbulence and the consequent generation of zonal flow that controls plasma diffusion. Hasegawa also made the discovery of optical solitons in glass fibers, a concept that is essential for high speed optical communications.

Hasegawa was the first to suggest the existence of optical solitons in 1973. In 1974, he (together with Liu Chen) showed that plasmas could be heated with the kinetic Alfvén wave. Hasegawa and Chen introduced the concept of the kinetic Alfven wave to illustrate the microscopic process of the Alfven wave heating. In 1977, Hasegawa introduced the Hasegawa–Mima equation to describe turbulence in Tokamak plasmas and then further developed it in the 1980s (with Masahiro Wakatani) to obtain the Hasegawa-Wakatani equation. The equation predicted an ''inverse cascade'' in the turbulent energy spectrum (i.e. from small to large wavelengths) and zonal flows (in the azimuthal direction in the Tokamak) that can control radial turbulent diffusion. With Wakatani, he wrote a paper on self-organized turbulence in plasmas.

Hasegawa's proposal to trap plasmas with a dipole magnet similar to Earth's magnetic field, where turbulence caused by solar wind stabilizes the trap, was implemented in the first dipole plasma experiment at University of Tokyo by Prof. Zensho Yoshida. In 2010, a plasma experiment with a floating dipole was also built at the Massachusetts Institute of Technology. Provided by Wikipedia 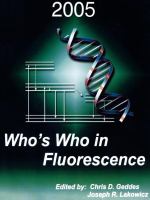