James Harrison (December 11, 1937 – March 26, 2016) was an American poet, novelist, and essayist. He was a prolific and versatile writer publishing over three dozen books in several genres including poetry, fiction, nonfiction, children’s literature, and memoir. He wrote screenplays, book reviews, literary criticism, and published essays on food, travel, and sport. Harrison indicated that, of all his writing, his poetry meant the most to him. He published 24 novellas during his lifetime and is considered "America’s foremost master" of that form. His first commercial success came with the 1979 publication of the trilogy of novellas, ''Legends of the Fall,'' two of which were made into movies. Harrison's work has been translated into multiple languages including French, Greek, Chinese, and Russian. He was the recipient of multiple awards and honors including a Guggenheim Fellowship (1969), the Mark Twain Award for distinguished contributions to Midwestern literature (1990), and induction into the American Academy of Arts & Letters (2007). Harrison wrote that "The dream that I could write a good poem, a good novel, or even a good movie for that matter, has devoured my life." Provided by Wikipedia
1 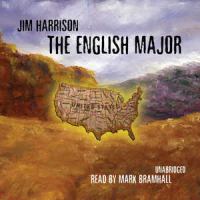