Hancock was born at Old Tupton, Derbyshire, the son of Alfred Hancock, a coal miner, and his wife Eliza. Hancock made his debut for Derbyshire in the 1897 season aged 20. In May against Lancashire he took 4 wickets at a cost of 140 runs. He played regularly for the next three years. In the 1898 season he achieved his best bowling performance with 5 for 61 against Yorkshire. The 1899 season was Hancock's best for batting, when his average reached 11.43 and he scored 43 not out against Hampshire. Hancock left Derbyshire in 1900 after playing three matches in the 1900 season. He turned out for Scotland in 1906 against the West Indies.

Hancock died at Clifton, Rotherham, Yorkshire, at the age of 62. Provided by Wikipedia 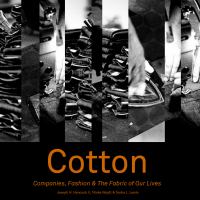