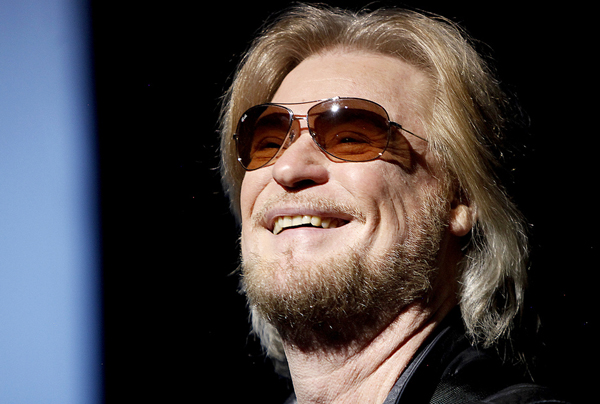 Daryl Franklin Hohl (born October 11, 1946), known professionally as Daryl Hall, is an American rock, R&B and soul singer and musician, best known as the co-founder and principal lead vocalist of Hall & Oates (with guitarist and songwriter John Oates). Outside of his work in Hall & Oates, he has also released five solo albums, including the 1980 progressive rock collaboration with guitarist Robert Fripp titled ''Sacred Songs'' and the 1986 album ''Three Hearts in the Happy Ending Machine'', which provided his best selling single, "Dreamtime", that peaked at number five on the ''Billboard'' Hot 100. He has also collaborated on numerous works by other artists, such as Fripp's 1979 release ''Exposure'', and Dusty Springfield's 1995 album ''A Very Fine Love'', which produced a UK Top 40 hit with "Wherever Would I Be". Since late 2007, he has hosted the streaming television series ''Live from Daryl's House,'' in which he performs alongside other artists, doing a mix of songs from each's catalog. The show has been rebroadcast on a number of cable and satellite channels as well.

In the 1970s and early 1980s, Hall scored numerous ''Billboard'' chart hits and is regarded as one of the best soul singers of his generation. Fripp, who worked with Hall several times, has written, "Daryl's pipes were a wonder. I have never worked with a more able singer." He was inducted into the Songwriters Hall of Fame in 2004 and the Rock and Roll Hall of Fame in April 2014. Provided by Wikipedia