The published artwork of Haeckel includes over 100 detailed, multi-colour illustrations of animals and sea creatures, collected in his ''Kunstformen der Natur'' ("Art Forms of Nature"). As a philosopher, Ernst Haeckel wrote ''Die Welträthsel'' (1895–1899; in English: ''The Riddle of the Universe'', 1901), the genesis for the term "world riddle" (''Welträtsel''); and ''Freedom in Science and Teaching'' to support teaching evolution. Provided by Wikipedia 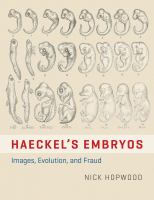