Bill Gunston (1 March 1927 – 1 June 2013) was a British aviation and military author. He flew with Britain's Royal Air Force from 1943 to 1948, and was a flying instructor. He spent most of his adult life doing research and writing on aircraft and aviation. He was the author of over 350 books and articles. His work included many books published by Salamander Books.

Born William Tudor Gunston in London in 1927, Gunston was educated at Pinner County Grammar School. In his spare time, he was Flight Sergeant in the school Air Training Corps squadron and, for several months, the London Philharmonic Orchestra's librarian.

On leaving school, Gunston joined the Royal Air Force. He was sent to University College, Durham from 1945–46 and then served as a pilot for three years, during which time he flew many types of aircraft, including the de Havilland Vampire jet fighter. After leaving the RAF, Gunston joined the staff of ''Flight International'' magazine, where, writing as "W.T.G.", he was appointed Technical Editor in 1955. From 1969, he was part of the production team on the annual publication ''Jane's All the World's Aircraft'', editing the 2015/16 edition. He was editor of ''Jane's Aero-Engines'' from 1995 to 2007. Provided by Wikipedia 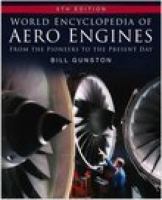 Genesis of the jet : Frank Whittle and the invention of the jet engine / John Golley in association with Frank Whittle ; technical editor, Bill Gunston.
by Golley, John.
Published 1996
Other Authors: '; “...Gunston, Bill....”