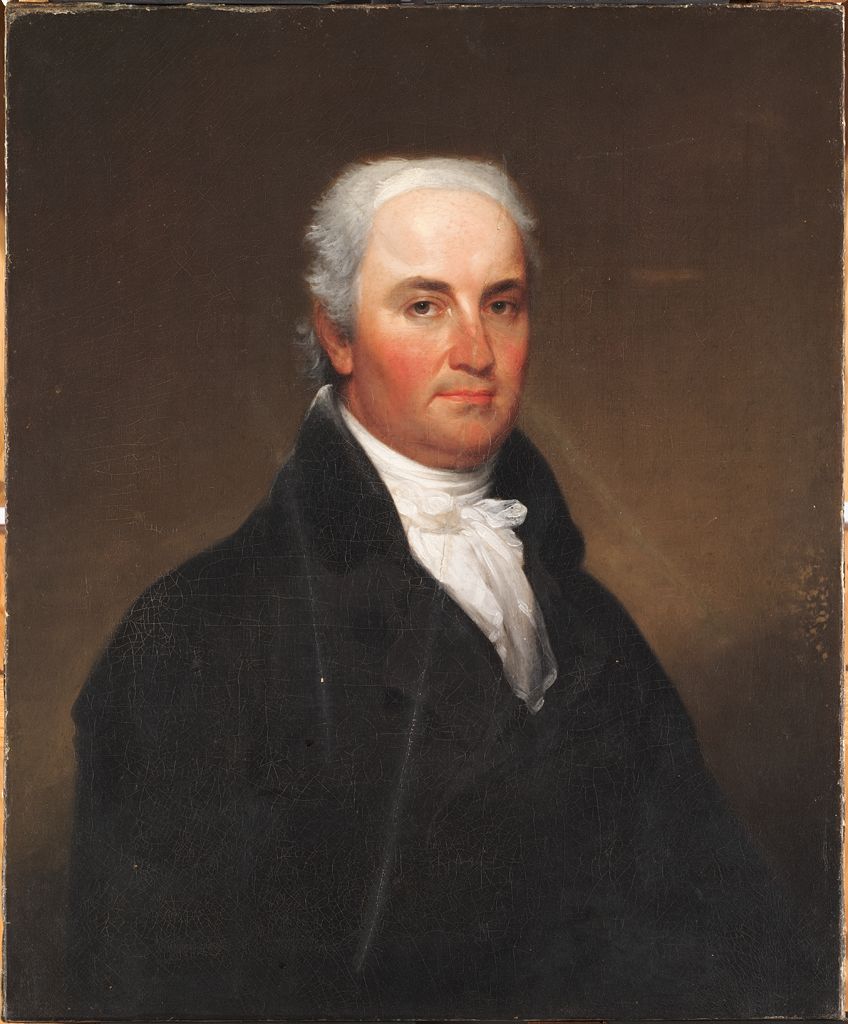 Christopher Gore (September 21, 1758 – March 1, 1827) was a prominent Massachusetts lawyer, Federalist politician, and U.S. diplomat. Born into a family divided by the American Revolution, Gore sided with the victorious Patriots, established a successful law practice in Boston, and built a fortune by purchasing Revolutionary government debts at a discount and receiving full value for them from the government.

Gore entered politics in 1788, serving briefly in the Massachusetts legislature before being appointed U.S. District Attorney for Massachusetts. He was then appointed by President George Washington to a diplomatic commission dealing with maritime claims in Great Britain. He returned to Massachusetts in 1804 and reentered state politics, running unsuccessfully for governor several times before winning in 1809. He served one term, losing to Democratic-Republican Elbridge Gerry in 1810. He was appointed to the US Senate by Governor Caleb Strong in 1813, where he led opposition to the War of 1812.

Gore invested his fortune in a variety of businesses, including important infrastructure projects such as the Middlesex Canal and a bridge across the Charles River. He was a major investor in the early textile industry, funding the Boston Manufacturing Company and the Merrimack Manufacturing Company, whose business established the city of Lowell, Massachusetts. Gore was involved in a variety of charitable causes, and was a major benefactor of Harvard College, where the first library was named in his honor. His palatial mansion in Waltham, Massachusetts, now known as Gore Place, is one of the finest extant examples of Federalist architecture, and has been declared a National Historic Landmark. Provided by Wikipedia