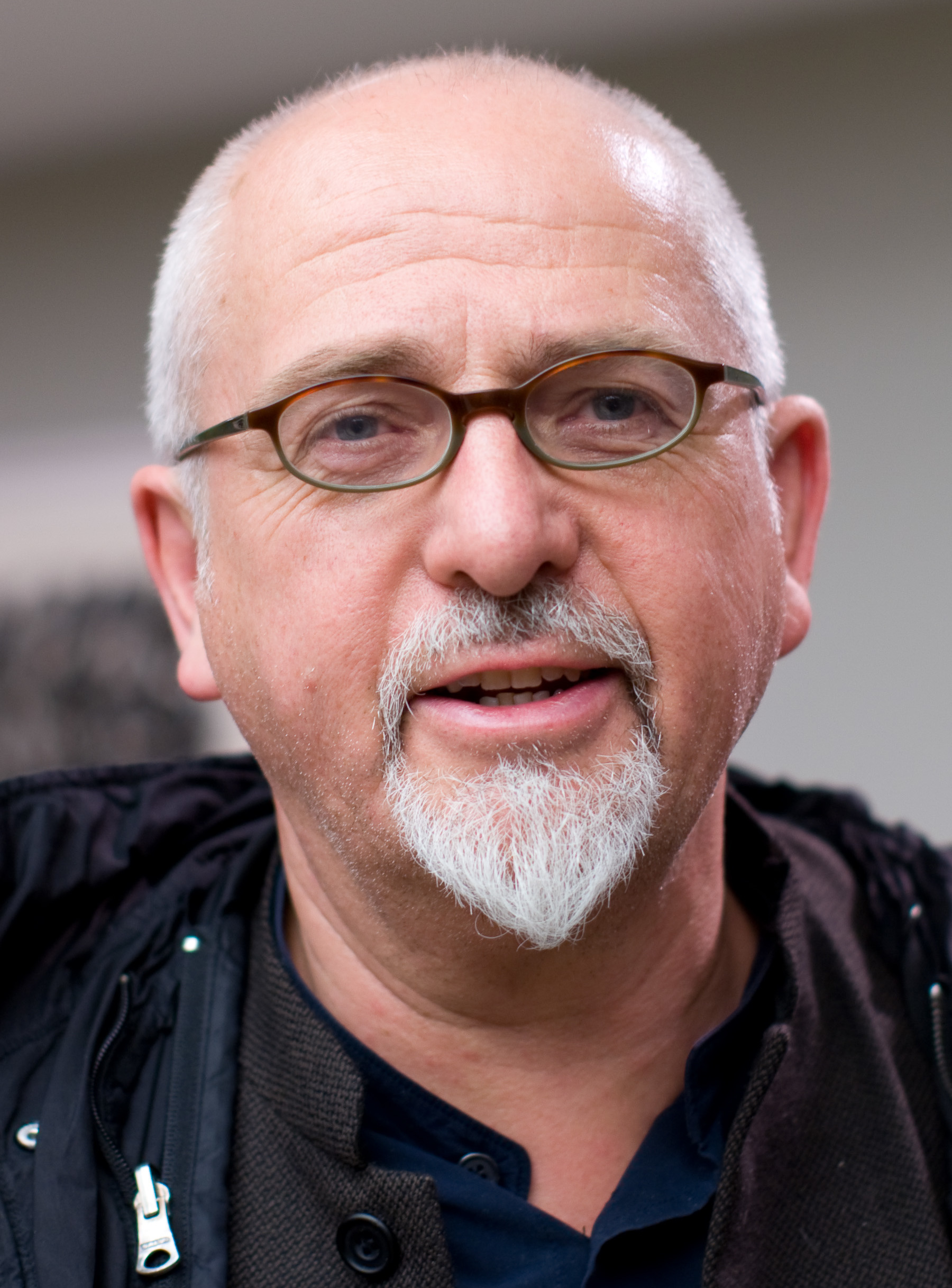 Peter Brian Gabriel (born 13 February 1950) is an English musician, singer, songwriter, record producer and activist. He rose to fame as the original lead singer of the progressive rock band Genesis. After leaving Genesis in 1975, he launched a successful solo career with "Solsbury Hill" as his first single. His 1986 album, ''So'', is his best-selling release and is certified triple platinum in the UK and five times platinum in the U.S. The album's most successful single, "Sledgehammer", won a record nine MTV Awards at the 1987 MTV Video Music Awards and, according to a report in 2011, it was MTV's most played music video of all time.

Gabriel has been a champion of world music for much of his career. He co-founded the WOMAD festival in 1982. He has continued to focus on producing and promoting world music through his Real World Records label. He has also pioneered digital distribution methods for music, co-founding OD2, one of the first online music download services. Gabriel has also been involved in numerous humanitarian efforts. In 1980, he released the anti-apartheid single "Biko". He has participated in several human rights benefit concerts, including Amnesty International's Human Rights Now! tour in 1988, and co-founded the Witness human rights organisation in 1992. Gabriel developed The Elders with Richard Branson, which was launched by Nelson Mandela in 2007.

Gabriel has won three Brit Awards—winning Best British Male in 1987, six Grammy Awards, thirteen MTV Video Music Awards, the first Pioneer Award at the BT Digital Music Awards, the ''Q'' magazine Lifetime Achievement, the Ivor Novello Award for Lifetime Achievement, and the Polar Music Prize. He was made a BMI Icon at the 57th annual BMI London Awards for his "influence on generations of music makers". In recognition of his many years of human rights activism, he received the Man of Peace award from the Nobel Peace Prize laureates in 2006, and ''Time'' magazine named him one of the 100 most influential people in the world in 2008. AllMusic has described Gabriel as "one of rock's most ambitious, innovative musicians, as well as one of its most political". He was inducted into the Rock and Roll Hall of Fame as a member of Genesis in 2010, followed by his induction as a solo artist in 2014. In March 2015, he was awarded an honorary doctorate from the University of South Australia in recognition of his achievements in music. Provided by Wikipedia