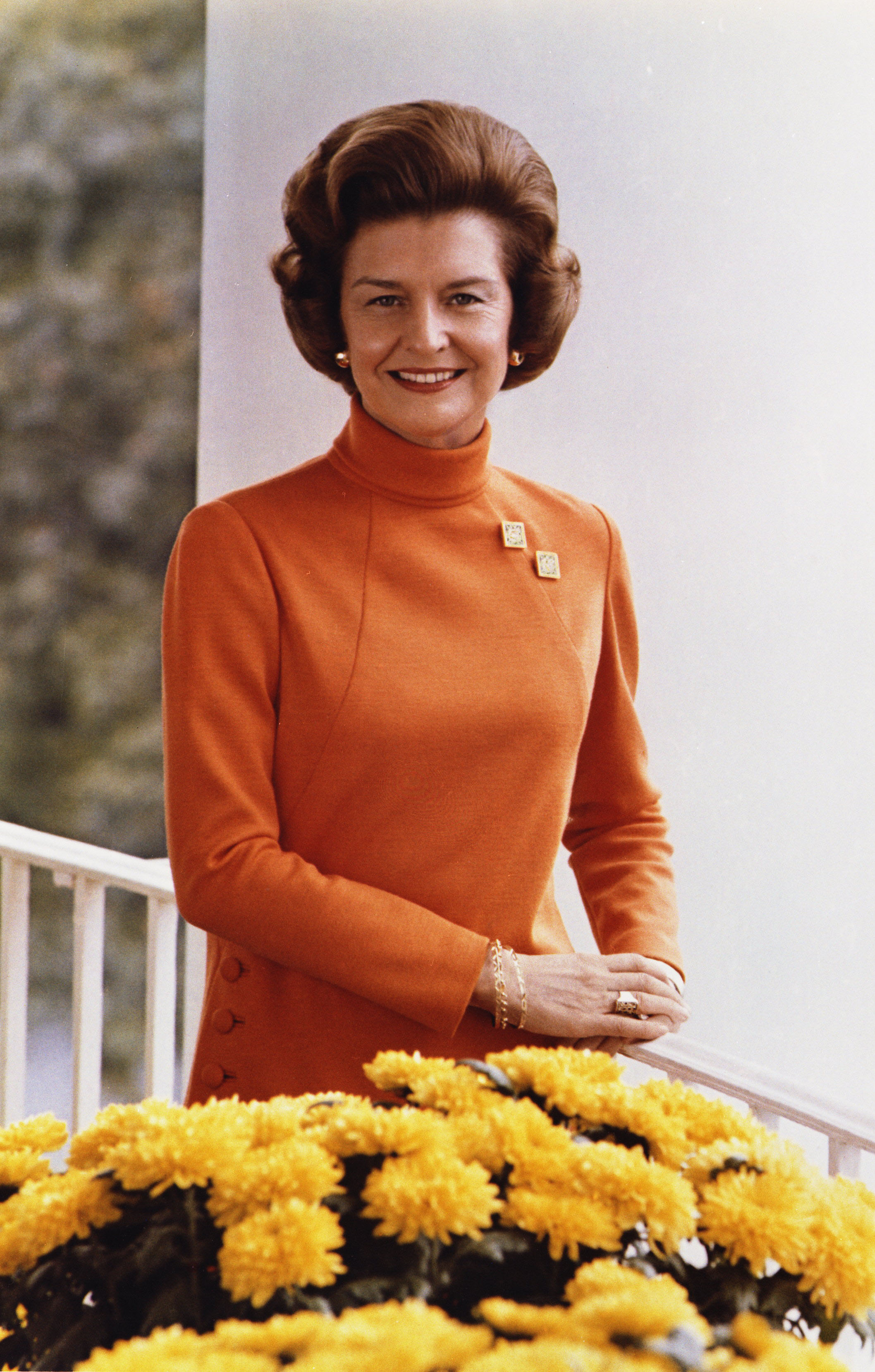 Throughout her husband's term in office, she maintained high approval ratings despite opposition from some conservative Republicans who objected to her more moderate and liberal positions on social issues. Ford was noted for raising breast cancer awareness following her 1974 mastectomy. In addition, she was a passionate supporter of the Equal Rights Amendment (ERA). As a supporter of abortion rights and a leader in the women's rights movement, she gained fame as one of the most candid first ladies in history, commenting on every hot-button issue of the time, including feminism, equal pay, the Equal Rights Amendment, sex, drugs, abortion, and gun control. She also raised awareness of addiction when in the 1970s, she announced her long-running battle with alcoholism and substance abuse, being the first First Lady to do so.

Following her White House years, she continued to lobby for the ERA and remained active in the feminist movement. She was the founder, and served as the first chair of the board of directors, of the Betty Ford Center for substance abuse and addiction. She was awarded the Congressional Gold Medal (co-presentation with her husband on October 21, 1998) and the Presidential Medal of Freedom (presented 1991 by George H. W. Bush). Provided by Wikipedia