Bruce Fogle, (born 17 February 1944) is a veterinarian and prolific author of pet care books and travel narratives. Canadian by birth, he has lived and worked in London for over 40 years.

Fogle was born in Toronto, Ontario, Canada, where he grew up and was educated. He graduated in 1970 with a Doctor of veterinary medicine degree from the Ontario Veterinary College, University of Guelph in Guelph, Ontario. After graduation, Fogle worked as a vet for the Zoological Society of London at London Zoo. In 1973 Fogle set up his own practice, the Portman Veterinary Clinic. This expanded and is now named the London Veterinary Clinic.

Outside his profession, Fogle is the co-founder and vice-chairman of the charity Hearing Dogs for Deaf People. In 2004 he was appointed a Member of the Order of the British Empire. for services to deaf people. He is chairman of Humane Society International. HSI celebrates animals and confronts cruelty worldwide. For services to pets, pet owners and veterinarians the British Small Animal Veterinary Association has awarded Fogle Honorary Life Membership. He holds honorary membership in other national veterinary associations.

Fogle has written dozens of books about dogs and cats, including encyclopaedias of breeds and how to care for and live with them. Some of his many titles include ''Pets and their people'', ''Natural cat care'', ''The encyclopedia of the cat'', ''The encyclopedia of the dog'', and ''ASPCA complete dog care manual''. Fogle has been published in journals with such works as ''Search-and-Rescue Dogs'' in 1988, ''Pet Loss: A Survey of the Attitudes and Feelings of Practicing Veterinarians'' in 1990, and ''The Changing Roles of Animals in Western Society: Influences upon and from the Veterinary Profession'' in 1999.

Fogle has also been Veterinary Consultant to ''Microsoft Encarta'', and Veterinary Advisor to the ''Encyclopædia Britannica''.

Fogle is married to the actress Julia Foster, and they have three children: Emily, Tamara and Ben. Provided by Wikipedia 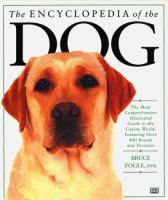 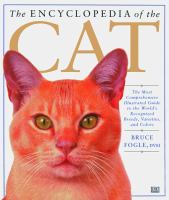