Dietrich Fischer-Dieskau (28 May 1925 – 18 May 2012) was a German lyric baritone and conductor of classical music, one of the most famous Lieder (art song) performers of the post-war period, best known as a singer of Franz Schubert's Lieder, particularly ''"Winterreise"'' of which his recordings with accompanists Gerald Moore and Jörg Demus are still critically acclaimed half a century after their release.

Recording an array of repertoire (spanning centuries) as musicologist Alan Blyth asserted, "No singer in our time, or probably any other has managed the range and versatility of repertory achieved by Dietrich Fischer-Dieskau. Opera, Lieder and oratorio in German, Italian or English came alike to him, yet he brought to each a precision and individuality that bespoke his perceptive insights into the idiom at hand." In addition, he recorded in French, Russian, Hebrew, Latin and Hungarian. He was described as "one of the supreme vocal artists of the 20th century" and "the most influential singer of the 20th Century".

Fischer-Dieskau was ranked the second greatest singer of the century (after Jussi Björling) by Classic CD (United Kingdom) "Top Singers of the Century" Critics' Poll (June 1999). The French dubbed him "Le miracle Fischer-Dieskau" and Dame Elisabeth Schwarzkopf called him "a born god who has it all." At his peak, he was greatly admired for his interpretive insights and exceptional control of his soft, beautiful instrument. He dominated both the opera and concert platforms for over thirty years. Provided by Wikipedia 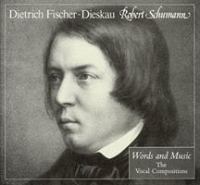