Carroll Dunham (born November 5, 1949) is an American painter. Working since the late 1970s, Dunham's career reached critical renown in the 1980s when he first exhibited with Baskerville + Watson, a decade during which many artists returned to painting. He is known for his conceptual approach to painting and drawing and his interest in exploring the relationship between abstraction and figuration.

Of his body of work, Johanna Burton writes, "Dunham's career can be characterized by its rigorous indefinability, as his works dip freely into the realms of abstraction, figuration, surrealism, graffiti, pop, even cartoons, without ever settling loyally into any one of them." David Pagel, in a ''Los Angeles Times'' review intended to be complimentary, described his paintings as "vulgar beyond belief..." Provided by Wikipedia 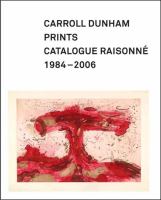