Crescent Dragonwagon (née Ellen Zolotow, November 25, 1952, New York City) is a writer in six different genres, and a workshop leader. She leads Fearless Writing, which helps many people find their inner writer. She has written fifty traditionally published books, including two novels, seven cookbooks / culinary memoirs, more than twenty children's books, a biography, and a collection of poetry. In addition, she has written for magazines ranging from New York Times Book Review to Lear's, Cosmopolitan, McCall's, and Horn Book.

Dragonwagon and her late husband, Ned Shank, owned Dairy Hollow House, a country inn and restaurant in the Ozark Mountain community of Eureka Springs, Arkansas. Dragonwagon later co-founded the non-profit Writer's Colony at Dairy Hollow, and was active in the cultural and literary life of Arkansas throughout the 31 years she lived in the state full-time. After Shank's death in 2000, Dragonwagon moved to her family's summer home in Vermont.

Since the 2014 death of her subsequent partner, filmmaker-activist David R. Koff, with whom she lived in Vermont for a decade, she has divided her time between New York, Vermont, and Arkansas.

Dragonwagon is the daughter of the writers Charlotte Zolotow and the late Hollywood biographer Maurice Zolotow. She serves as literary executor to both her parents. Provided by Wikipedia 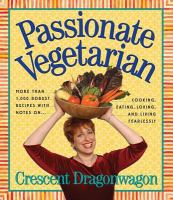 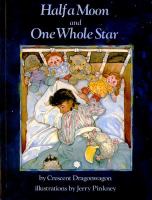