James Frank Dobie (September 26, 1888 – September 18, 1964) was an American folklorist, writer, and newspaper columnist best known for his many books depicting the richness and traditions of life in rural Texas during the days of the open range. As a public figure, he was known in his lifetime for his outspoken liberal views against Texas state politics, and carried out a long, personal war against what he saw as braggart Texans, religious prejudice, restraints on individual liberty, and an assault by the mechanized world on the human spirit. He was instrumental in the saving of the Texas Longhorn breed of cattle from extinction. Provided by Wikipedia
1 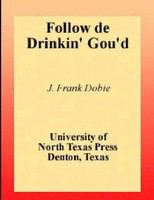