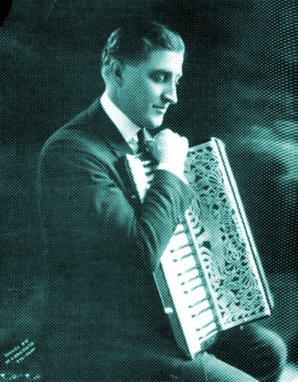 Pietro Deiro (1888 – 1954) was one of the most influential accordionists of the first half of the 20th century.

Born on August 28, 1888 in Salto Canavese, Italy, the younger brother of Guido Deiro, Pietro Deiro emigrated to the United States as a steerage passenger on the S/S ''La Savoie'' in 1907 and went to live with his Uncle Frederico and work in the coal mines of Cle Elum, Washington.

Pietro Deiro began playing Diatonic button accordion professionally in a tavern in Seattle in 1908. Within a few months, his brother Guido Deiro (already an accomplished piano-accordionist in Europe) arrived in Seattle, and taught his brother how to play the piano accordion. Both brothers became minor celebrities on the vaudeville circuit; Guido in 1910 and Pietro at least by 1912.

Pietro Deiro was the first president of the American Accordionists Association (1938) and promoted himself as "The Daddy of the Accordion," much to his brother Guido's chagrin. Pietro died in 1954. Provided by Wikipedia