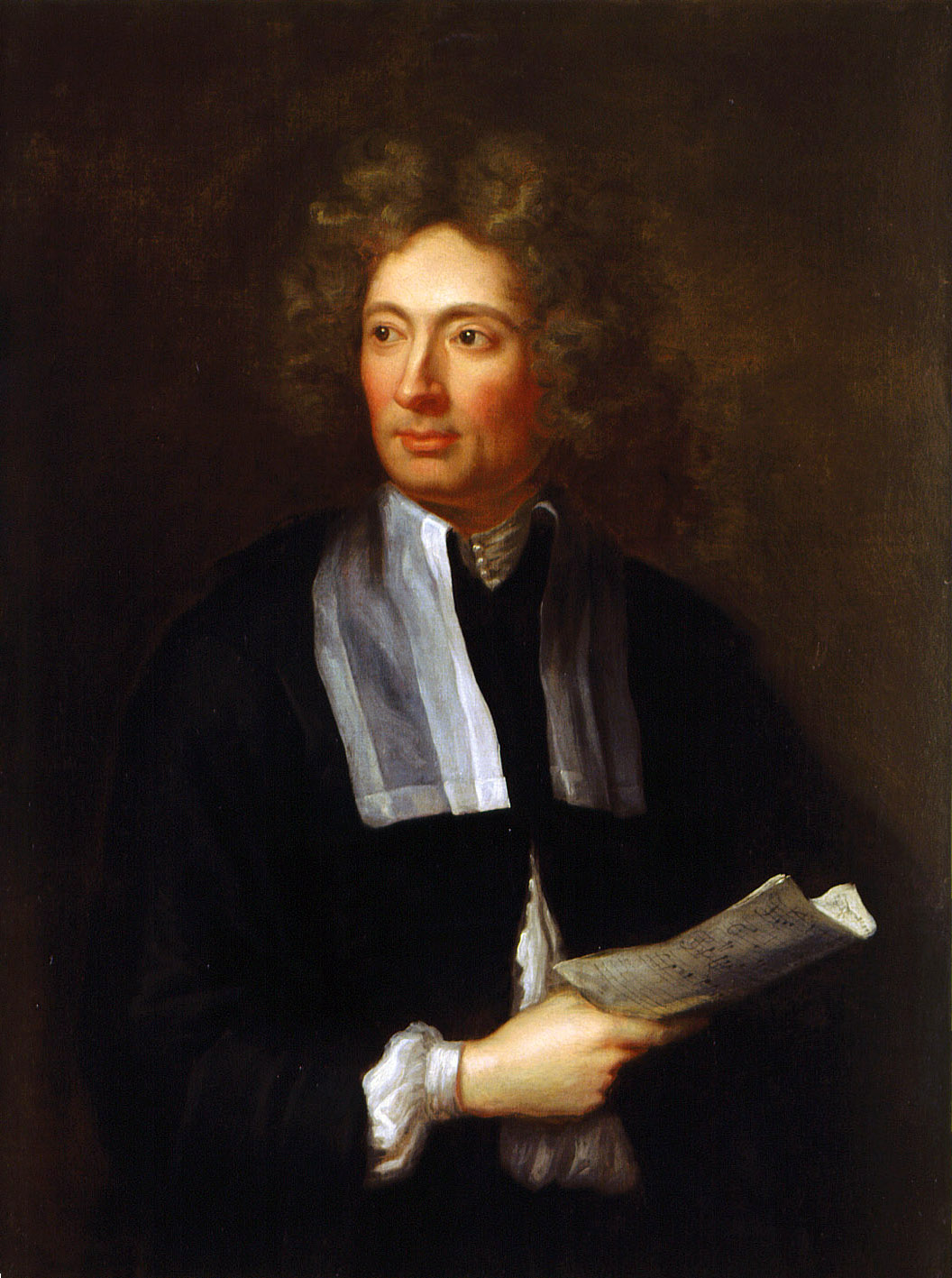 Arcangelo Corelli (, also , , ; 17 February 1653 – 8 January 1713) was an Italian composer and violinist of the Baroque era. His music was key in the development of the modern genres of sonata and concerto, in establishing the preeminence of the violin, and as the first coalescing of modern tonality and functional harmony.

He was trained in Bologna and Rome, and in this city he developed most of his career, due also to the protection of great patrons. Even if his entire production is limited to just six collections of published works — five of which composed by Trio Sonatas or solo and one by Concerti grossi — he achieved great fame and success throughout Europe, also crystallizing models of wide influence.

His writing was admired for its balance, refinement, sumptuous and original harmonies, for the richness of the textures, for the majestic effect of the theatricality and for its clear, expressive and melodious polyphony, a perfect quality of classical ideals, although belonging to the baroque epoch and often employing resources typical of this school, such as the exploration of dynamic and expressive contrasts, but always tempered by a great sense of moderation. He was the first to fully apply, with an expressive and structuring purpose, the new tonal system, consolidated after at least two hundred years of experimentation. As a virtuoso violinist he was considered one of the greatest of his generation and contributed, thanks to the development of modern playing techniques and to his many disciples scattered throughout Europe, to place the violin among the most prestigious solo instruments and was also a significant figure in the evolution of the traditional orchestra.

A dominant figure in Roman musical life and internationally highly regarded, he was desired by many courts and was included in the most prestigious artistic and intellectual society of his time, the Pontifical Academy of Arcadia. He was known in his time as "the new Orpheus", "the prince of musicians" and other similar adjectives, great folklore was generated around his figure and his fame did not diminish after his death. Even today his work is the subject of a voluminous critical bibliography and his sonatas are still widely used in musical academies as didactic material as well as pieces capable of affirming themselves in today's concert repertoire. His position in the history of Western music is considered crucial, being recognized as one of the greatest masters at the turn of the XVII and XVIII century, as well as one of the earliest and greatest classicists. Provided by Wikipedia