Citizenship of the United States 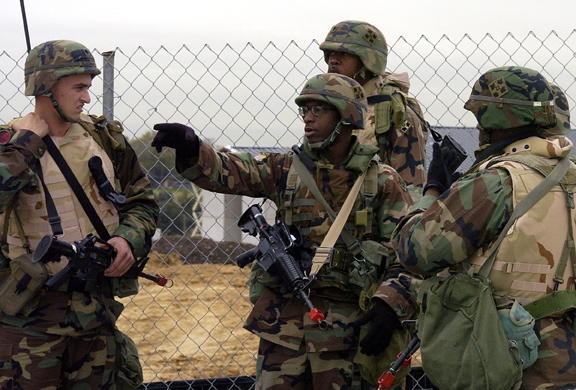 There are two primary sources of citizenship: birthright citizenship, in which persons born within the territorial limits of the United States are presumed to be a citizen, or—providing certain other requirements are met—born abroad to a United States citizen parent, and naturalization, a process in which an eligible legal immigrant applies for citizenship and is accepted. The first of these two pathways to citizenship is specified in the Citizenship Clause of the Fourteenth Amendment of the Constitution which reads:

The second is provided for in U.S. law. In Article One of the Constitution, the power to establish a "uniform rule of naturalization" is granted explicitly to Congress.

''National citizenship'' signifies membership in the country as a whole; ''state citizenship'', in contrast, signifies a relation between a person and a particular state and has application generally limited to domestic matters. State citizenship may affect (1) tax decisions, (2) eligibility for some state-provided benefits such as higher education, and (3) eligibility for state political posts such as United States senator. At the time of the American Civil War, state citizenship assumed a much increased importance when it was widely deemed to have a prior claim over the citizens' loyalty in the seceding Southern states. Provided by Wikipedia

Cicero ; or, A discovery of a clan of conspirators against all religions and governments in the whole world. /
by Citizen of the United States.
Published 1799
Call Number: Loading...
Located: Loading...
CONNECT
CONNECT

Remarks on the treaty of amity, navigation, and commerce, concluded between Lord Grenville and Mr. Jay, on the part of Great Britain and the United States, respectively. : [Eight l...
by Citizen of the United States.
Published 1796
Call Number: Loading...
Located: Loading...
CONNECT
CONNECT