Wendell Castle (November 6, 1932 – January 20, 2018) was an American furniture artist and a leading figure in American craft. Castle was born in Emporia, Kansas. He grew up and graduated from Holton High School in Holton, Kansas Class of 1951. In 1958, he received a Bachelor of Fine Arts in industrial design, and in 1961, he received a Master of Fine Arts, both from the University of Kansas.

From 1962-1969, he taught at Rochester Institute of Technology, School for American Craftsmen, in Rochester, NY, and was an Artist in Residence. In 1980, he opened the Wendell Castle School in Scottsville, NY.

Castle is famous for his use of stack-lamination, a woodworking technique he pioneered in the 1960s, which was based on a 19th-century sculptural technique used for making duck decoys. Stack-lamination allowed Castle to create large blocks of wood out a series of planks, which were then carved and molded into the biomorphic shapes for which he is best known.

He has garnered a number of awards, including a 1994 'Visionaries of the American Craft Movement' award sponsored by the American Craft Museum, a 1997 Gold Medal from the American Craft Council and a 1998 Artist of the Year Award from the Arts & Cultural Council for Greater Rochester. He has also received grants from the National Endowment for the Arts and the Comfort Tiffany Foundation. In 2001 he received the Award of Distinction from The Furniture Society. Provided by Wikipedia 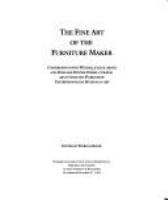 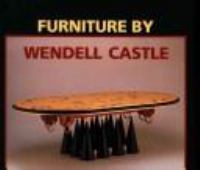