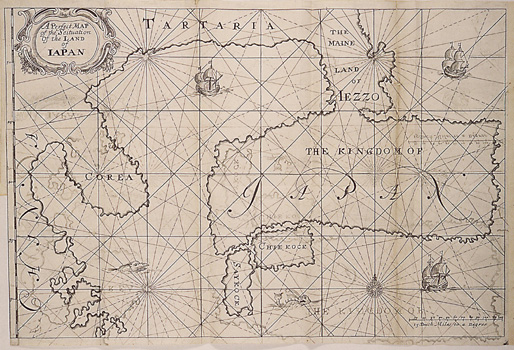 François Caron (1600–1673) was a French Huguenot refugee to the Netherlands who served the Dutch East India Company (''Vereenigde Oost-Indische Compagnie'' or VOC) for 30 years, rising from cook's mate to Director-General at Batavia (Jakarta), only one grade below Governor-General. He retired from the VOC in 1651, and was later recruited to become Director-General of the newly-formed French East Indies Company in 1665 until his death in 1673.

He is sometimes considered the first Frenchman to set foot in Japan, although he was actually born in Brussels to a family of Huguenot refugees. He only became a naturalized citizen of France when he was persuaded by Colbert to become head of the French East Indies Company, in his 60s. Thus the native-born French Dominican missionary Guillaume Courtet may have the stronger claim. Regardless, the first known instance of any Franco-Japanese relations precedes them both, being the visit of Hasekura Tsunenaga to France in 1615. Provided by Wikipedia