Bebe Moore Campbell (born Elizabeth Bebe Moore; February 18, 1950 – November 27, 2006), was an American author, journalist and teacher. Campbell was the author of three ''New York Times'' bestsellers: ''Brothers and Sisters'', ''Singing in the Comeback Choir'', and ''What You Owe Me'', which was also a ''Los Angeles Times'' "Best Book of 2001". Her other works include the novel ''Your Blues Ain't Like Mine'', which was a ''New York Times'' Notable Book of the Year and the winner of the NAACP Image Award for Literature; her memoir, ''Sweet Summer: Growing Up With and Without My Dad''; and her first nonfiction book, ''Successful Women, Angry Men: Backlash in the Two-Career Marriage''. Her essays, articles, and excerpts appear in many anthologies. Provided by Wikipedia
1 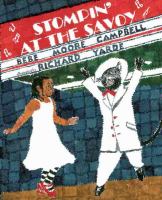