John Nicholas Calley (July 8, 1930 – September 13, 2011) was an American film studio executive and producer. He was quite influential during his years at Warner Bros.,where he worked from 1968 to 1981, and "produced a film a month, on average, including commercial successes like ''The Exorcist'' and ''Superman''." During his seven years at Sony Pictures starting in 1996, five of which he was chairman and chief executive, he was credited with "reinvigorat[ing]" that major film studio. Provided by Wikipedia
1 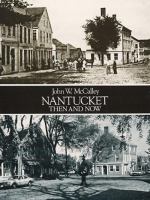