The BBC is established under a royal charter and operates under its agreement with the secretary of state for digital, culture, media and sport. Its work is funded principally by an annual television licence fee which is charged to all British households, companies, and organisations using any type of equipment to receive or record live television broadcasts and iPlayer catch-up. The fee is set by the British Government, agreed by Parliament, and is used to fund the BBC's radio, TV, and online services covering the nations and regions of the UK. Since 1 April 2014, it has also funded the BBC World Service (launched in 1932 as the BBC Empire Service), which broadcasts in 28 languages and provides comprehensive TV, radio, and online services in Arabic and Persian.

Around a quarter of BBC's revenue comes from its commercial subsidiary BBC Studios (formerly BBC Worldwide), which sells BBC programmes and services internationally and also distributes the BBC's international 24-hour English-language news services BBC World News, and from BBC.com, provided by BBC Global News Ltd. In 2009, the company was awarded the Queen's Award for Enterprise in recognition of its international achievements.

From its inception, through the Second World War (where its broadcasts helped to unite the nation), to the popularisation of television in the post-WW2 era and the internet in the late 20th and early 21st centuries, the BBC has played a prominent role in British life and culture. It is also known colloquially as The Beeb, Auntie, or a combination of both (as Auntie Beeb). Provided by Wikipedia

Learn to sing to learn [to] read : a course book for parents and teachers /
by Wisbey, Audrey S.
Published 1981
“...British Broadcasting Corporation....” 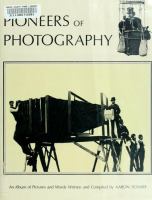 Pioneers of photography : an album of pictures and words /
by Scharf, Aaron, 1922-
Published 1976
“...British Broadcasting Corporation....” 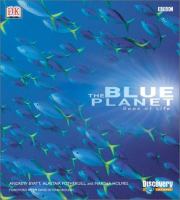 The blue planet : a natural history of the oceans /
by Byatt, Andrew.
Published 2001
“...British Broadcasting Corporation....”

The four lives of Elsbeth Rosenfeld, as told by her to the BBC.
by Behrend-Rosenfeld, Else R.
Published 1964
“...British Broadcasting Corporation....”