David Vickerman Bedford (4 August 1937 – 1 October 2011) was an English composer and musician. He wrote and played both popular and classical music. He was the brother of the conductor Steuart Bedford, the grandson of the composer, painter and author Herbert Bedford and the composer Liza Lehmann, and the son of Leslie Bedford, an inventor, and Lesley Duff, a soprano opera singer.

From 1969 to 1981, Bedford was Composer in Residence at Queen's College, London. From 1968 to 1980, he taught music in a number of London secondary schools. In 1996 he was appointed Composer in Association with the English Sinfonia. In 2001 he was appointed Chairman of the Performing Right Society, having previously been Deputy chairman. Provided by Wikipedia 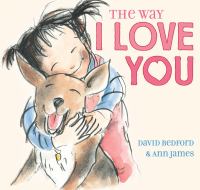