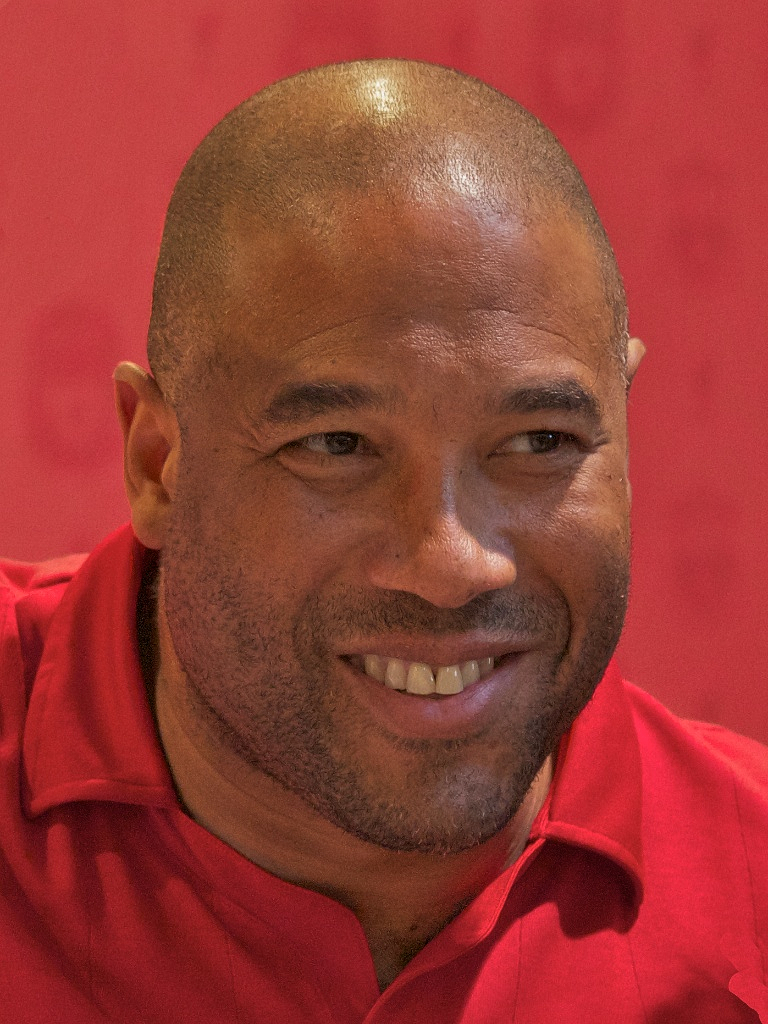 John Charles Bryan Barnes MBE (born 7 November 1963) is a former professional football player and manager. Often considered one of the greatest English players of all time, Barnes currently works as an author, as well as a commentator and pundit for ESPN and SuperSport. Initially a quick, skilful left winger, he moved to central midfield later in his career. Barnes won two league titles and two FA Cup finals with Liverpool. He was also an FA Cup runner-up with Watford, Liverpool and Newcastle United. He earned 79 international caps for England.

Barnes was born and raised in Jamaica as the son of a military officer from Trinidad and Tobago and a Jamaican mother. He moved to London, England, with his family when he was 12 years old. He joined Watford aged 17 in 1981, before playing 296 competitive games for them, scoring 85 goals. He debuted for England in 1983, and in 1987 joined Liverpool for £900,000. In his ten seasons there, Liverpool won the then-top-flight First Division twice and the FA Cup twice. He scored 106 goals in 403 matches. By the time of his last cap, in 1995, he had more caps than any other black England player. After two years at Newcastle United, he ended his playing career at Charlton Athletic in 1999. Barnes had eight months as Celtic head coach when his former Liverpool manager Kenny Dalglish was director of football. He has since managed the Jamaica national team, in 2008–09, and English club Tranmere Rovers, for four months in 2009.

Barnes was the PFA Players' Player of the Year once (in 1987–88) and the Football Writers' Association Footballer of the Year twice (in 1987–88 and 1989–90). In 2005, he was inducted into the English Football Hall of Fame. In 2006, in a poll of Liverpool fans' favourite players, Barnes came fifth; a year later, ''FourFourTwo'' magazine named him Liverpool's best all-time player. In 2016, ''The Times'' readers voted him England's greatest-ever left-footed player.

Barnes has published two books: ''John Barnes: The Autobiography'' (1999), which was followed by ''The Uncomfortable Truth About Racism'' (2021), both of which were met with a largely positive reception. In 2022, he returned to Liverpool as an official Club Ambassador. Provided by Wikipedia

The influence of polymer membrane properties on the performance of dissolved oxygen sensors /
by Barnes, John D.
Published 1979
Other Authors: “...Barnes, John D....”

Select discourses concerning 1. councils, the Pope, schism 2. the priviledges of the isle of Great Britain 3. the Popes primacy, and the supream power of kings, both in temporals a...
by Barnes, John, d. 1661.
Published 1661
Call Number: Loading...
Located: Loading...
CONNECT
CONNECT