Lawrence Rush "Rick" Atkinson IV (born November 16, 1952) is an American author, most recently of ''The British Are Coming: The War for America, Lexington to Princeton, 1775–1777'', the first volume in the Revolution Trilogy. He has won Pulitzer Prizes in history and journalism.

After working as a newspaper reporter, editor, and foreign correspondent for ''The Washington Post'', Atkinson turned to writing military history. His seven books include narrative accounts of five different American wars.

His Liberation Trilogy, a history of the American role in the liberation of Europe in World War II, concluded with the publication of ''The Guns at Last Light'' in May 2013. In 2010, he received the $100,000 Pritzker Military Library Literature Award for Lifetime Achievement in Military Writing. In 2019, Atkinson was named a Vincent J. Dooley Distinguished Fellow by the Georgia Historical Society, an honor that recognizes national leaders in the field of history as both writers and educators whose research has enhanced or changed the way the public understands the past. Provided by Wikipedia 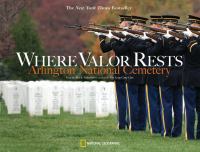